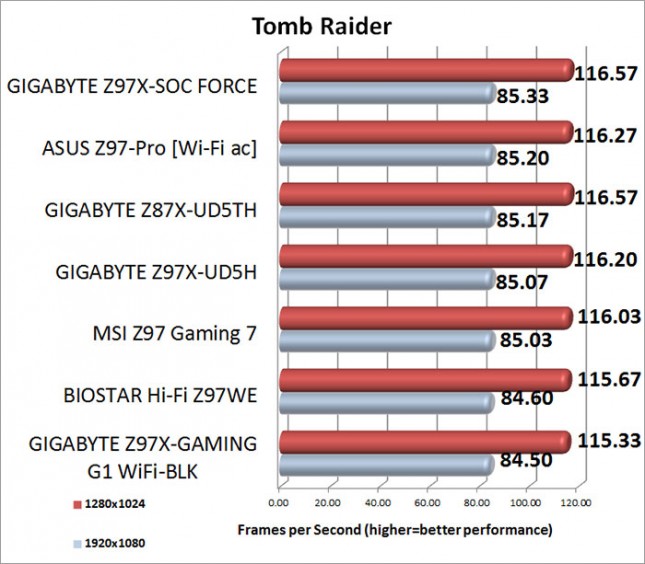 Benchmark Results: In Tomb Raider, the GIGABYTE Z97X-Gaming rounded out the last spot on the chart with an average of 84.5 frames per second at 1920×1080. While the G1 Gaming motherboard may be in the bottom spot, we are looking at a difference of only .83 frames per second between the G1 and the top spot. It’s certainly enough to mention, but not enough to deter me from the G1 Gaming motherboard.