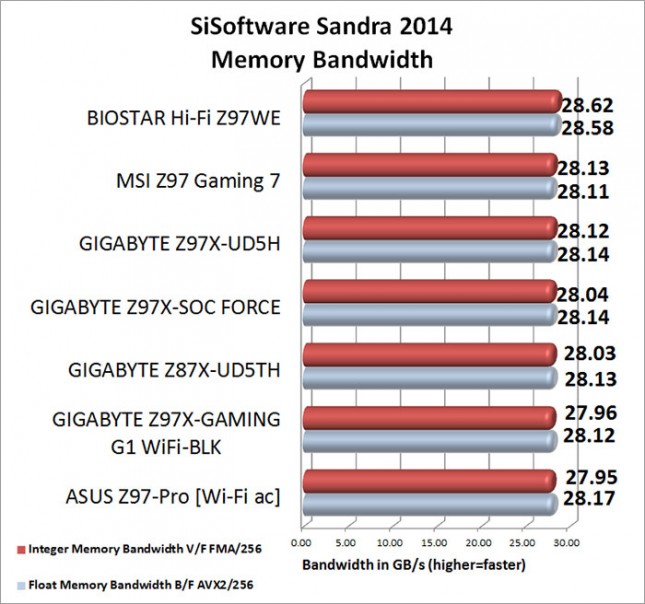 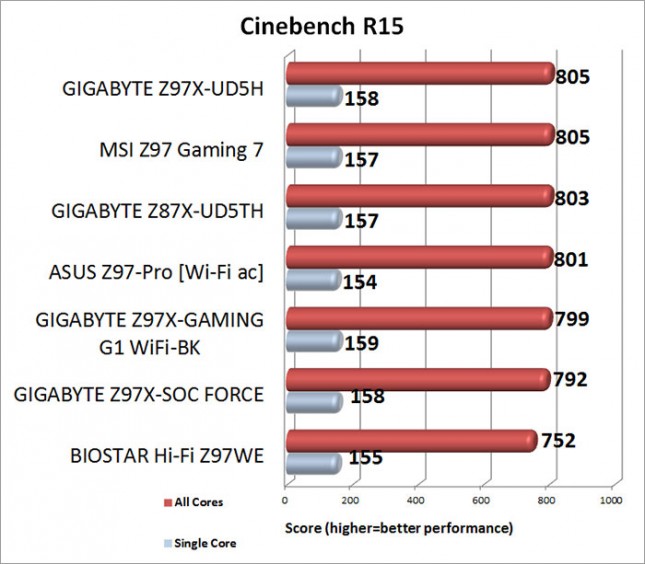 Benchmark Results: The GIGABYTE Z97X-Gaming G1 WiFi-BK trailed most of the boards with a score of 799, though we’re only talking about a difference of 5 points out of ~800 or  roughly .6% when running the benchmark on all of the available CPU threads. When I ran the single thread benchmark, the GIGABYTE Z97X-Gaming G1 WiFi-BK took the top spot with a score of 159 points, not exactly blowing the competition out of the water, but it’s enough to take the lead.