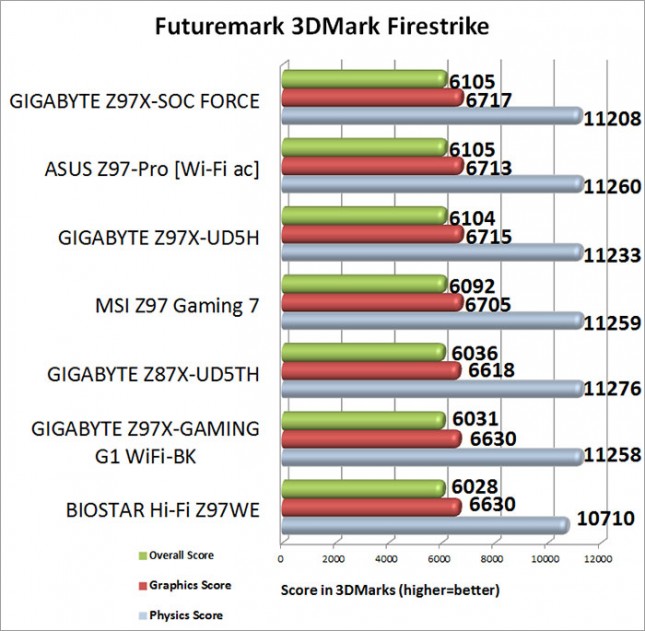 Benchmark Results: The GIGABYTE Z97X-Gaming G1 WiFi-BK was a little lower in the Firestrike chart than I was hoping for. With an 3DMark score on 6031 the G1 gaming motherboard was second from the bottom. It looks like the graphics score is to blame as it is one of the lowest scores at 6630. The G1 Gaming motherboard employs a PLX chip to add additional PCIe lanes for 4-way SLI and Crossfire, the PLX chip is known to create a minor hit in graphics performance due to increased latencies on the PCIe bus. While it may hurt single card performance, it’s the only way to run 4-way SLI and CrossFire on the Intel Z97 chipset.