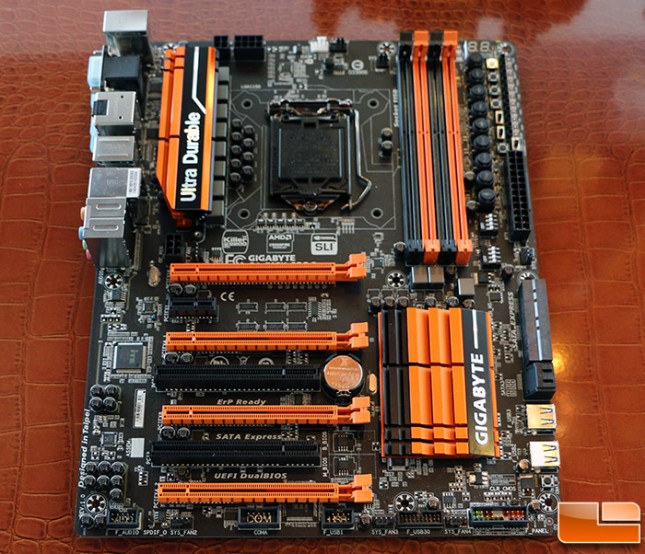 When it comes to the overclocking boards they have a new name (SOC), but Gigabyte has stuck with the orange and black color scheme first introduced on the the GA-Z87X-OC Force. A quick look over the board, we see that the two integrated heatsinks are passively cooled, and Gigabyte has included two old school PCI slots. Gigabyte has tweaked the precise IR digital CPU power design with 8 phases for overclocking as well. Like Gigabyte’s flagship motherboards, the GA-Z97X Gaming G1 series, the GA-Z97X-SOC Force includes 4-way graphics card support, SATA Express, and the Killer E2200 NIC. It also includes Gigabytes exclusive overclocking options, 2x copper PCB and 8 onboard fan connectors. This board also comes with the OC Brace and all the other goodies seen on the last generation overclocking board. 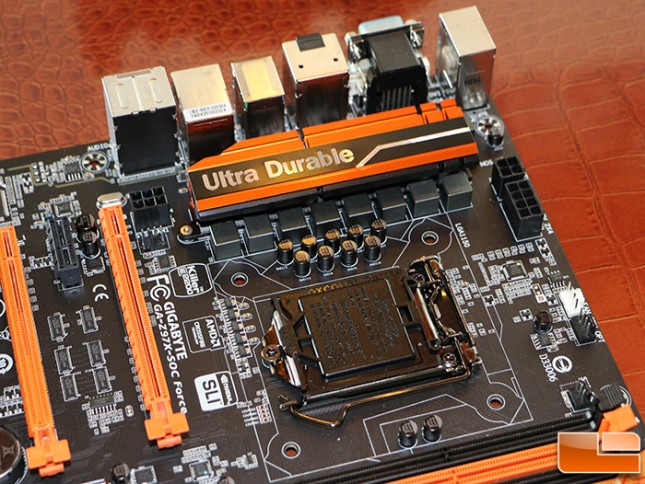 Gigabyte put lots of extra power connectors on this board for those looking to overclock to the max with LN2. There is an 8-pin and 4-pin header for the PCU and then a 6-pin PCIe header for additional PCI Express power. 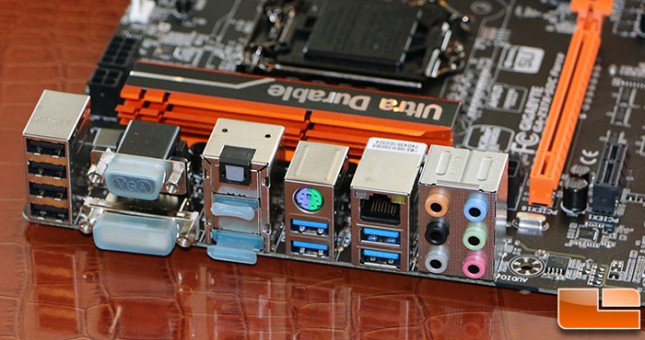 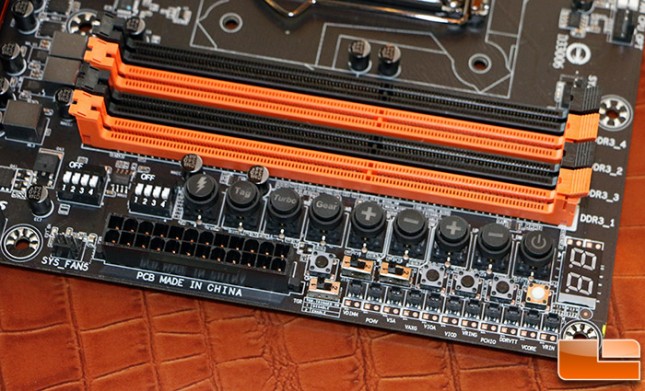 In this corner we have Gigabyte’s on the fly overclocking buttons, allowing overclockers to get the most out of their system by making changes quickly and easily. 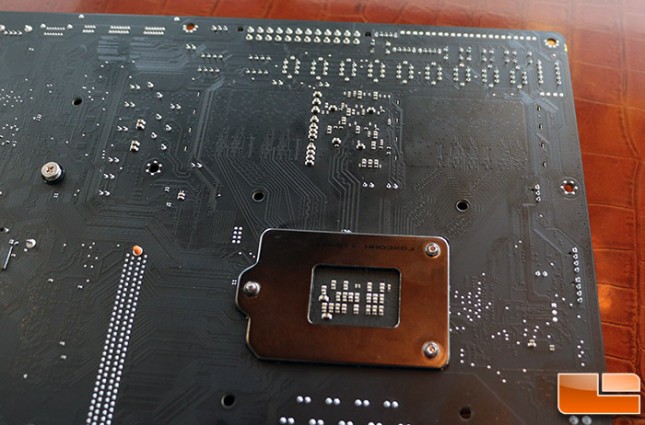 Notice anything different on the back of the motherboard behind the DDR3 memory slots? Don’t see it? Let’s sit the GA-Z97X-SOC Force on top of a standard 9 series board. 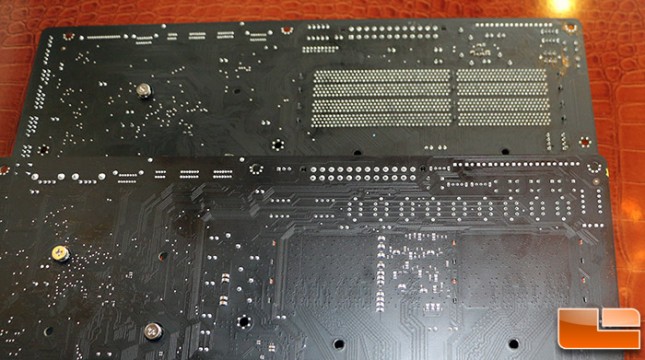 Gigabyte has move over to surface mounted DDR3 memory slots! This was done to improve the signal strength for the memory as not having to run the pins all the way through the board is said to reduce signal noise. Gigabyte is still working on some tweaks with the UEFI, but they have already seen some overclocking records fall with this board. Those results will be posted when they come to market. 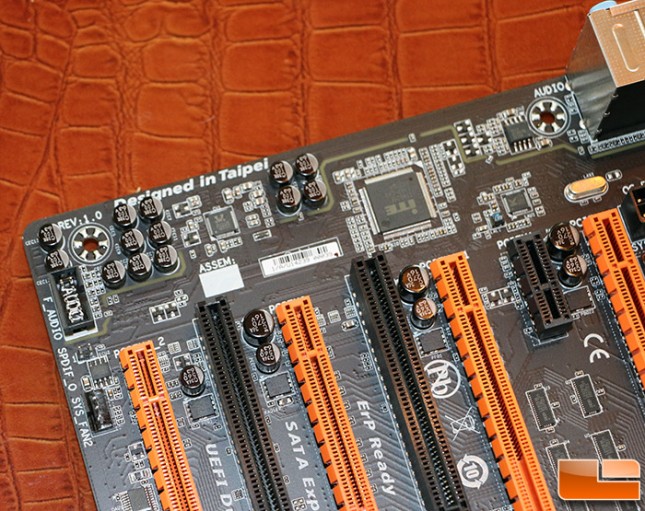 The GA-Z97X-SOC Force isn’t designed for audiophiles, so Gigabyte has removed the AMP-UP feature and replaced it with the Realtek ALC1150 115db SNR HD Audio solution with the built-in rear audio amplifier. This is still a pretty damn good audio chip and you can see that there is dedicated trace path for the audio.

This looks to be a great board for overclockers and gamers. As the top-tier motherboard it has features that appeal to all classes of enthusiasts, especially the overclockers with the Gigabyte On-The-Fly overclocking buttons, and it’s even in the name GA-Z97X-SOC (Super Overclock) Force.