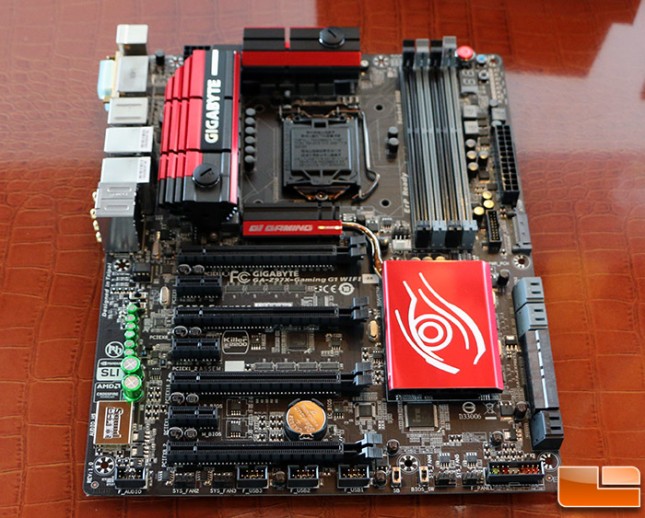 First up, we have the GA-Z97X-Gaming G1 Wifi-BK motherboard, which will be Gigabytes flagship motherboard for the Intel 9 series chipsets. This board is loaded up with some pretty neat features and therefor going to cost the most. As the name implies, the GA-Z97X-Gaming G1 WiFi-BK is geared towards gamers and includes a water block design for the PWM components and comes with G1 Networking, so you get an 802.11ac Wireless Card (867 Mbps 802.11ac dual-band wireless with Bluetooth 4.0) and both the Killer E2200 Gigabit Gaming LAN and Intel Gbe LAN. WIFI. This board has a PLX bridge chip for extra PCIe lanes and supports 4-way graphics card solutions in either SLI or CrossFireX mode. 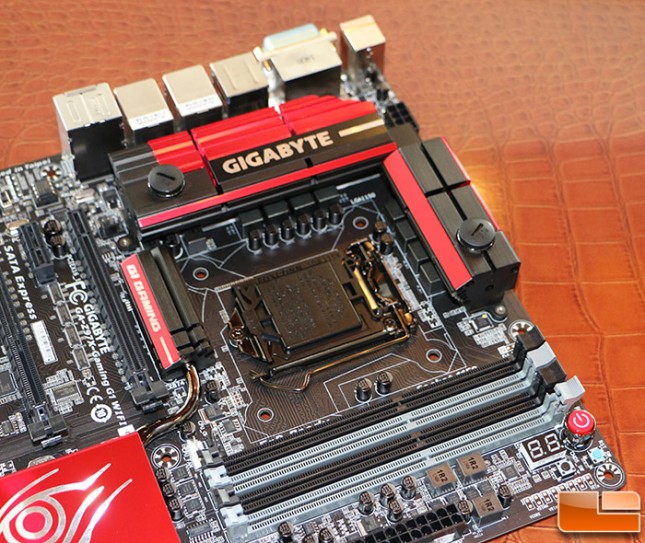 Starting in the upper right corner of the motherboard, we see a couple of main features. The largest is the liquid cooling ready heatsink, which looks to be rather large and should help keep components nice and cool. Intel calls the water block thermal design ‘G1 Looks.’ Nestled between the heatsinks is the Intel LGA1150 socket that has 15 micron gold plated pins. You can also see that the GA-Z97X-Gaming G1 WiFi has a digital CPU power design that has 8-power phases. Gigabyte went with Durablack long lifespan solid capacitors on this motherboard. 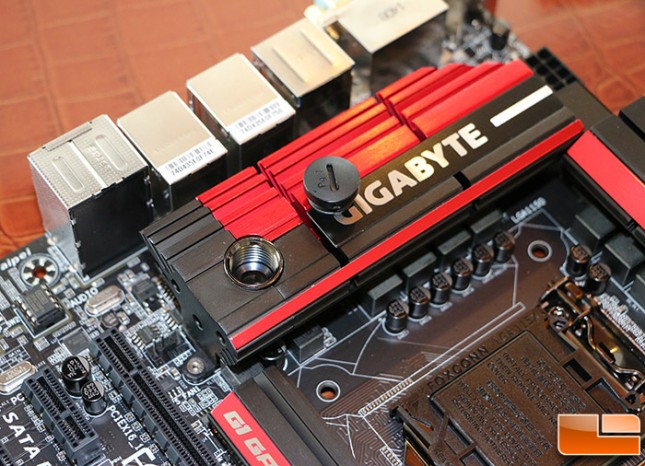 A closeup view of the main section of the built-in liquid cooler, the cap has been removed for a closer look at the connection. Gigabyte’s water block uses G1/4 threaded fittings and the board comes without barbs. 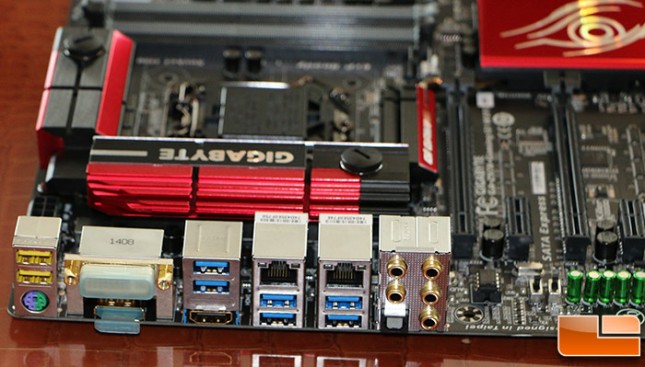 At the back of the motherboard, we have a fairly standard motherboard rear I/O panel, on the far left is two yellow DAC-UP USB port 2.0 ports, a dual function PS/2 keyboard/mouse port. Then there are the gold plated DVI-I, DisplayPort and HDMI video outputs for the integrated graphics. There are six USB 3.0 ports, dual Gigabit Ethernet (Killer E2200 Game Networking and Intel Gigabit) Lastly, you have gold plated audio jacks, (one is the OP-AMP audio output and then the optical digital audio output. 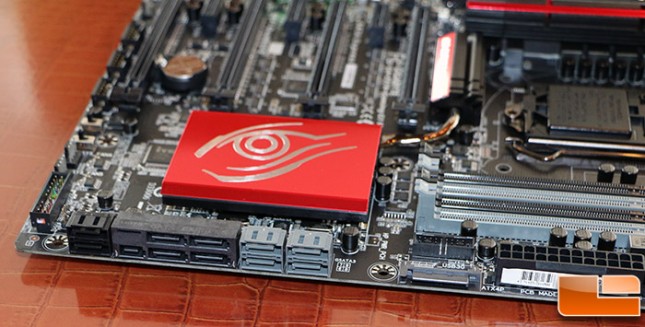 Going back to the motherboard, the front left corner has the usual data connections, ten SATA connections in total, but two can also be used on the boards single SATA Express connector. As this motherboard supports quad graphics cards, there is also the PCI-E auxiliary power connector next to thee 24-pin motherboard power connector, along with a USB 3.0 internal header. 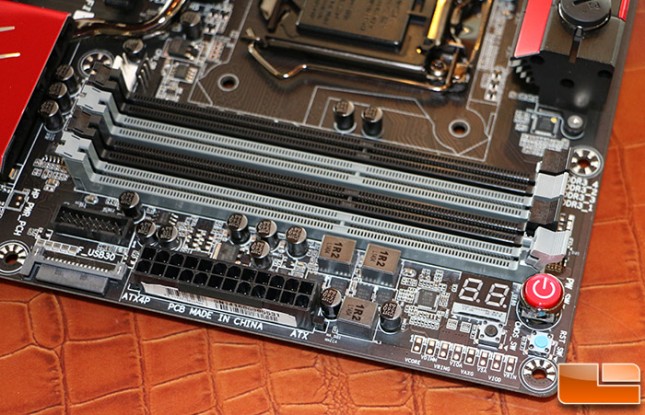 At the back by the PCI-E slot s we can see the AMP-UP socketed OP-AMP chip for customizable audio experience, the Gain Boost switches to select between 2.5x and 6x amp modes. Lots of little green Nichicon high-end audio capacitors and the finally there is the gold shielded Creative Sound Core3d audio processor.

The GA-Z97X-Gaming Wifi-BK motherboard will be the flagship motherboard for Gigabyte when the Intel 9 series boards are finally released.