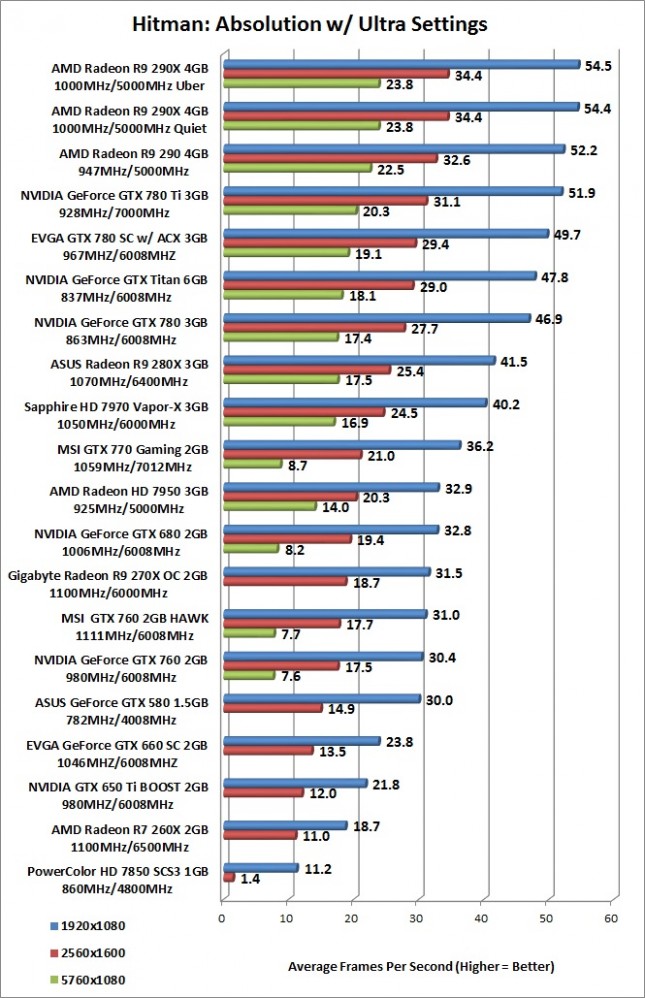 Benchmark Results: Hitman Absolution is another tough game title when everything is cranked up and again we see the Gigabyte Radeon R9 270X is able to produce good results on an HD monitor. When moving up to an Ultra HD monitor we see the average FPS drop down to 18.7 FPS, which is still respectable and right where the other Pitcairn models are at.