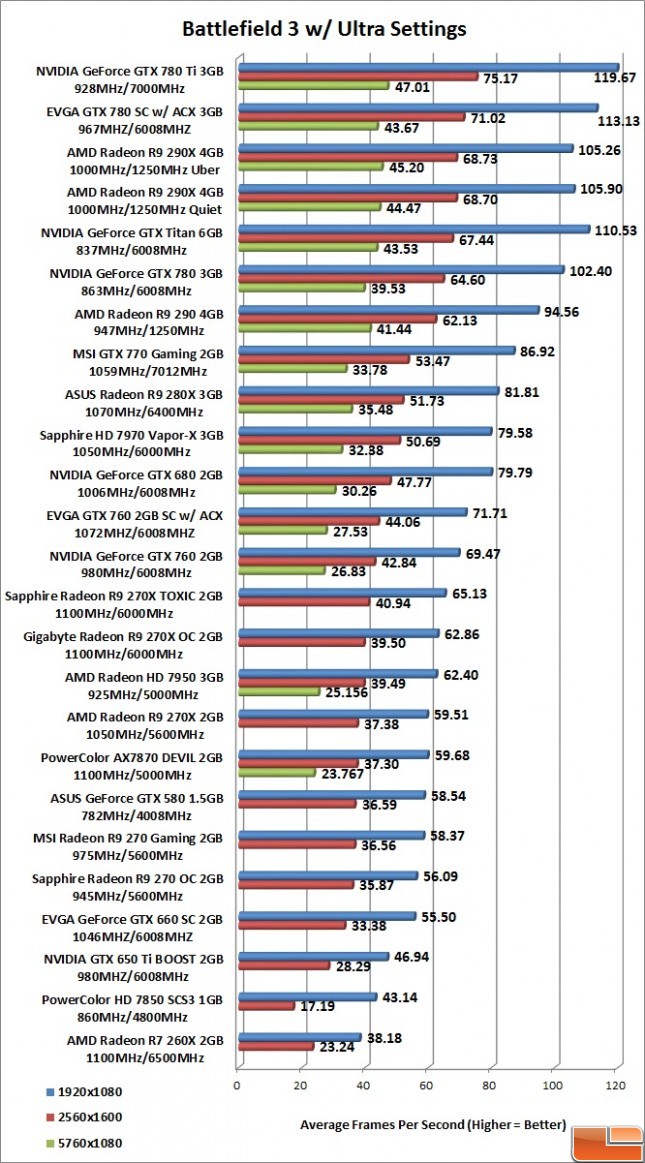 Benchmark Results: The Gigabyte Radeon R9 270X OC averaged nearly 63 FPS at 1920×1080 and around 40 FPS at 2560×1600 with Ultra image quality settings. As you can see from the chart above it was slightly faster than the AMD Radeon R9 270X reference card thanks to the 50Mhz higher core clock.