Temperatures are important to enthusiasts and gamers, so we took a bit of time and did some temperature testing on the Gigabyte Radeon R9 270X OC video card. 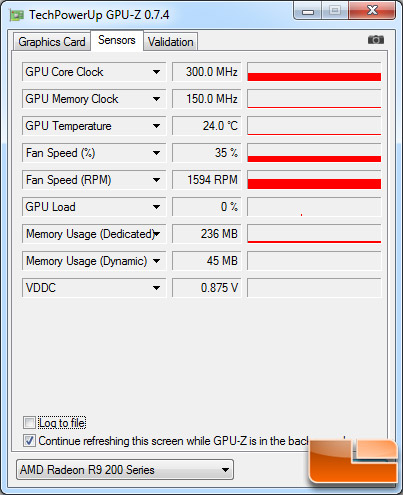 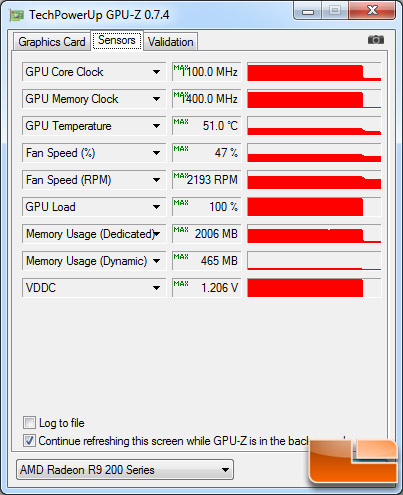 The Gigabyte Radeon R9 270X OC topped out at just 51C with the fans running at 2200 RPMs when gaming on it for an extended period of time! 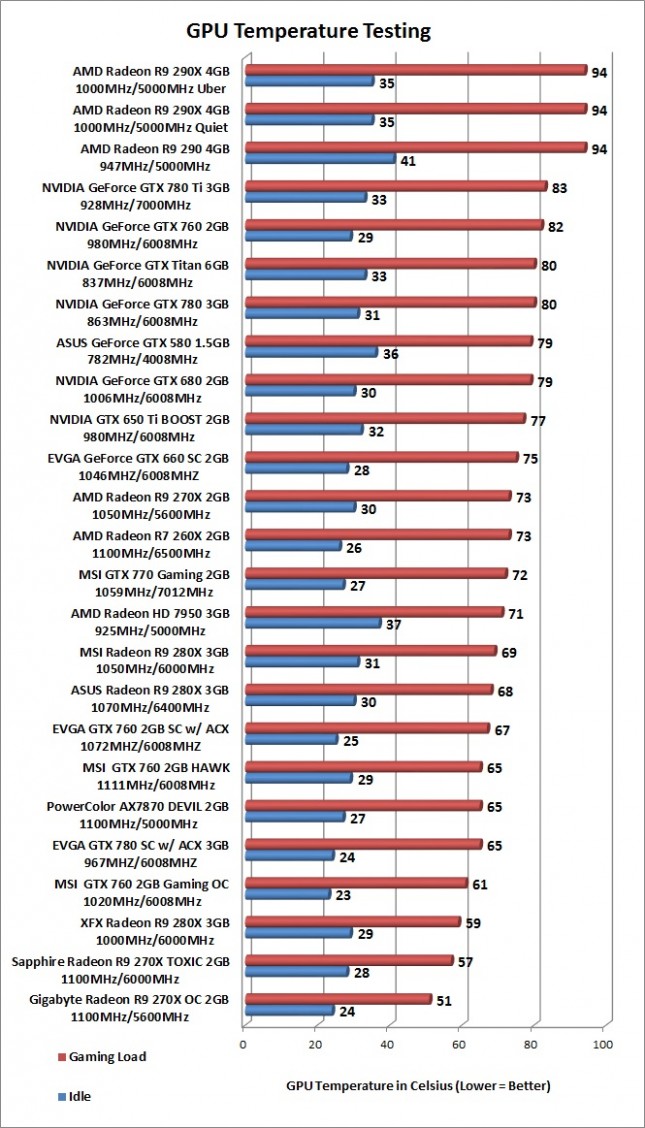 To test sound levels we use an Extech sound level meter with 1.5dB accuracy that meets Type 2 standards. This meter ranges from 35dB to 90dB on the low measurement range, which is perfect for us as our test room usually averages around 36dB. We measure the sound level two inches above the corner of the motherboard with ‘A’ frequency weighting. The microphone wind cover is used to make sure no wind is blowing across the microphone, which would seriously throw off the data. 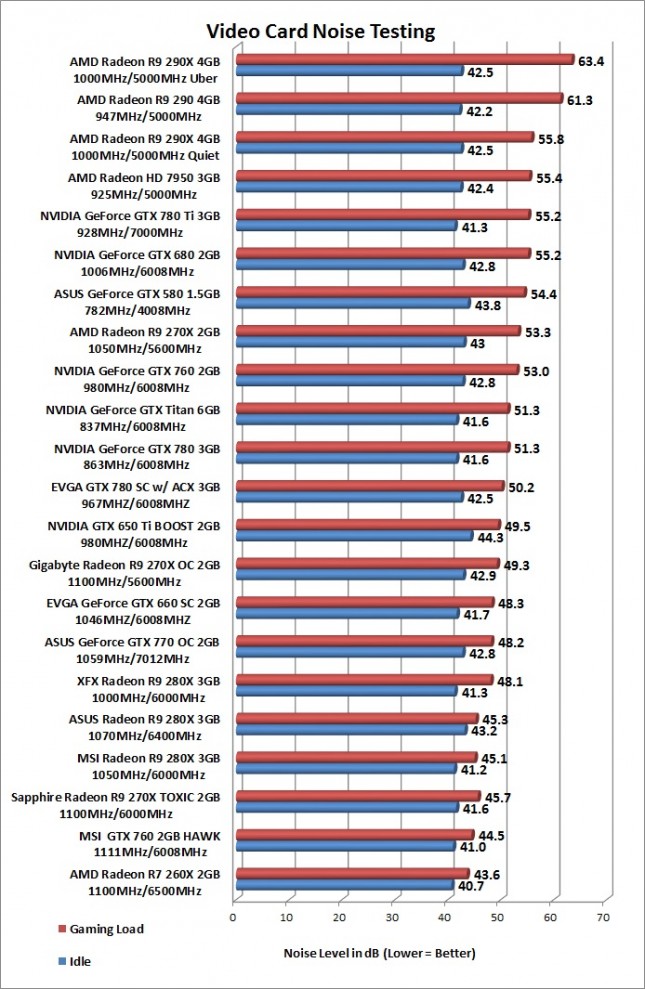 The Gigabyte Radeon R9 270X has the fans spinning at 1600 RPM at idle and we hit 2200 RPM when gaming, so we knew right from the start that this card was going to be average. Once we put it in our chart we found that the sound levels put it near the middle of the pack. The cards noise isn’t bad at all, but will be able to hear it when gaming.