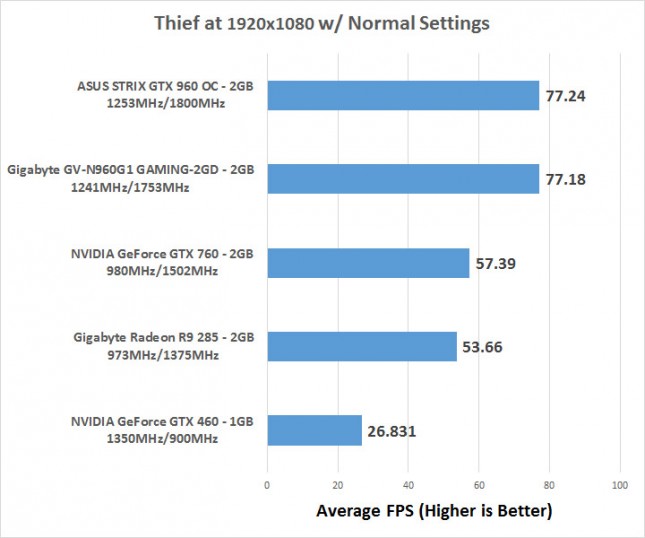 Benchmark Results: The ASUS STRIX GTX 960 DirectCU II OC 2GB video card was unable to steal the show in Thief as it wasn’t even a full 0.1 FPS faster than the Gigabyte GeForce GTX 960 G1 Gaming.