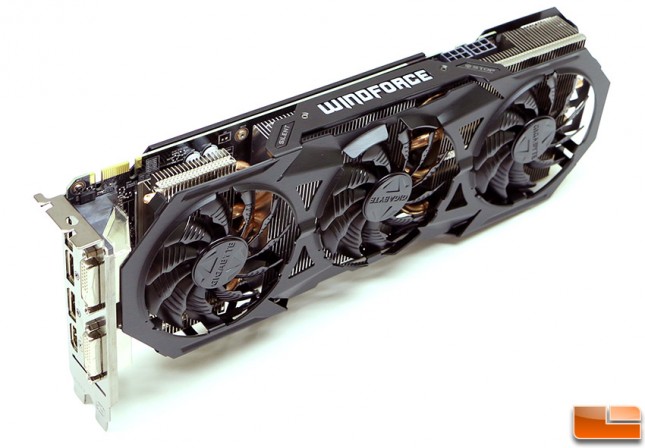 The Gigabyte GTX 960 G1 Gaming video card is a stunning video that performs best when used on a 1080P display, but you can easily get some 1440P gaming action going on this card with right image quality settings. NVIDIA has solid $200 graphics card offering in the GeForce GTX 960 and the Gigabyte GTX 960 G1 Gaming shows how well a GTX 960 can perform when outfitted with a high-end custom cooling solution and a nice factory overclock!  One of the best attributes of this card would have to be the WindForce 3X GPU cooler as we never broke 70C under load and the noise meter should that we were barely about the ambient noise of the room. It’s nice to see a $200 video card that can game well and not run load or hot!

Overclocking a factory overclocked card might sound silly to some, but we were able to take the Gigabyte GTX 960 G1 Gaming from 1392MHz on the boost clock as we saw when gaming all the way up to 1552MHz with no voltage increased necessary. This 160MHz or 11.5% clock increase only took a few seconds to do in the Gigabyte OC Guru II overclocking utility. That along with our nearly 1000MHz memory overclock and we had ourselves with very nice 10% performance improvements when gaming.

When it comes to pricing the Gigabyte GTX 960 G1 Gaming SuperOverclock video card runs $204.99 shipped, which only $5 more than the ‘standard’ Gigabyte GeForce GTX 960 OC entry-level card. We haven’t had a chance to use that card, but for an extra 5 bucks it appears that the G1 Gaming model is worth the extra expensive as long as you have room for the nearly foot long graphics card! The larger GPU cooler with an additional fan, faster clock speeds and binned GPU are hard to pass up for $5 more than the base card!