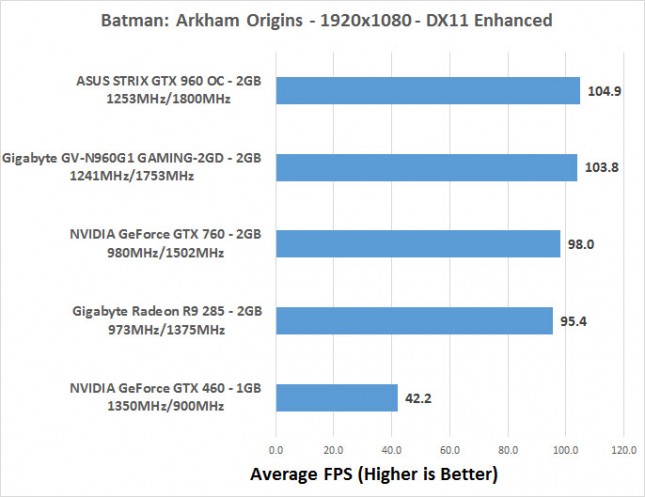 Benchmark Results: The GeForce GTX 960 G1 Gaming was found to be just slower than the ASUS STRIX GTX 960 as it has lower clock and boost speeds. The difference was only 1.1 FPS though, so there is only about a 1% speed difference between the two cards when gaming at Full HD (1080P) resolutions.