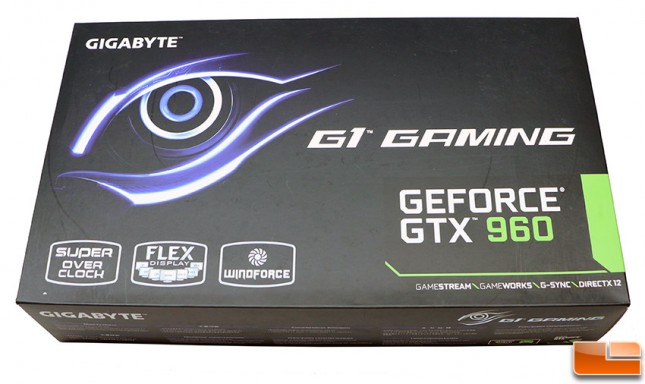 The retail box for the Gigabyte GeForce GTX 960 video card isn’t too different than what we have seen in the past from Gigabyte. The front of the retail packaging highlights the cards key NVIDIA features (GameStream, GameWorks, G-Sync and DirectX 12) and then touches on some of the Gigabyte features (Super OverClock, Flex Display and WindForce). 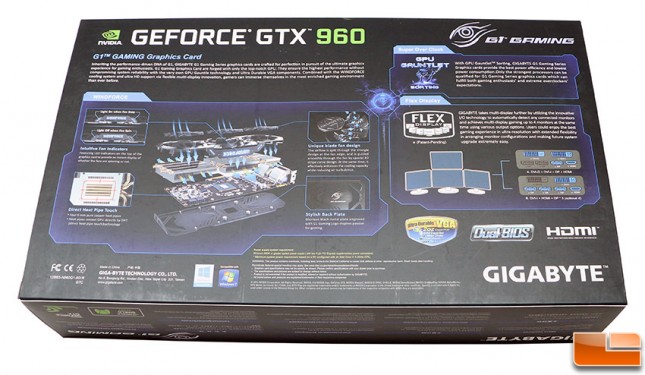 Flipping the box over you’ll see a brief description of the G1 Gaming Graphics card and then much more detailed information on the Super OverClock, Flex Display and WindForce features that were shown on the front of the box. 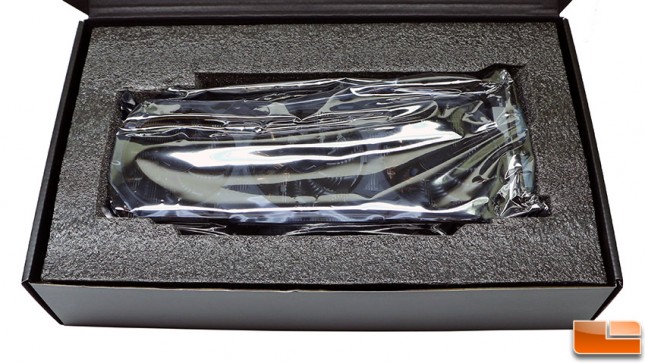 Opening up outer sleeve you’ll find an thicker inner box that holds the GTX 960 G1 Gaming graphics card. The card is wrapped up tight in an anti-static bag and then has been placed in a foam padding cocoon. There is a very little chance of it shifting and getting damaged during shipping like this. 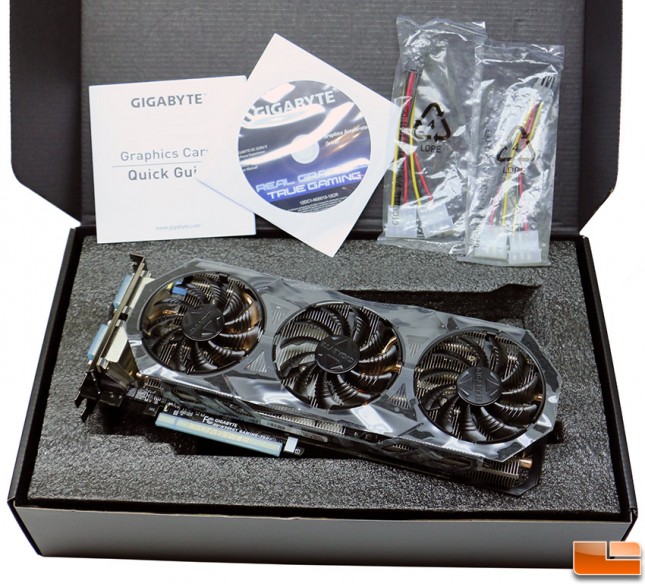 The Gigabyte GTX 960 G1 Gaming comes with protective caps over all the video outputs and the SLI and PCIe connectors. Gigabyte also covered the front fan shroud with a protective film to ensure the card isn’t scratched during assembly.  As far as the accessory bundle you’ll be getting a quick-start guide, driver and utility disc and a pair of 4-pin MOLEX to 6-pin PCIe power adapters. We don’t suggest using the drivers or Gigabyte OC Guru II utility that is on the disk though as there are likely newer versions of both available online.