Temperatures are important to enthusiasts and gamers, so we took a bit of time and did some temperature testing on the Gigabyte GTX 960 G1 Gaming SoC video card. 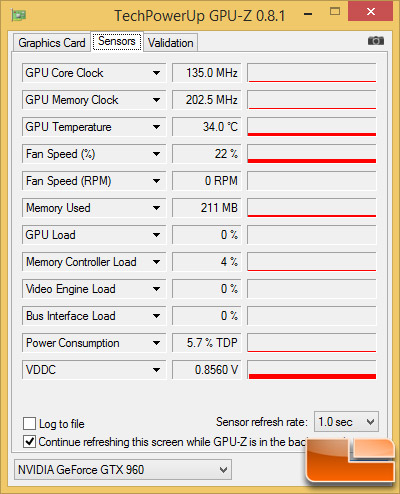 The Gigabyte GTX 960 G1 Gaming has no fans spinning at idle, so the card is dead silent thanks to the 0 RPM fans. It’s winter right now, so our room is a chilly 65F as it’s only 10F outside With this fairly low room temperature we were still impressed with a 34C idle temperature as the fans weren’t spinning! 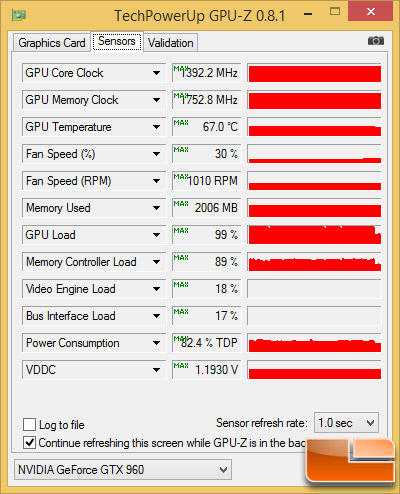 When gaming we hit 67C when gaming for about on hour straight on the card. As you can see when we were gaming the GM206 Maxwell GPU hit a maximum speed of 1392.2 MHz. 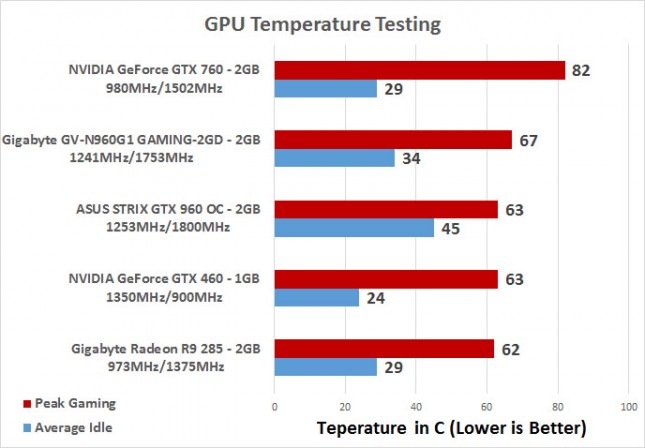 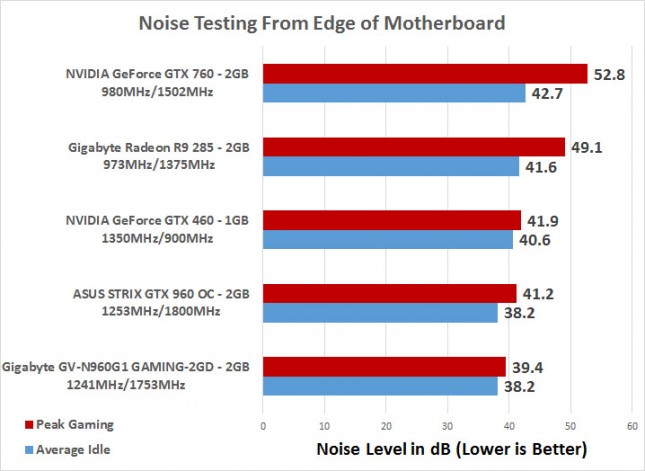 The Gigabyte GTX 960 G1 Gaming and ASUS STRIX GTX 960 DirectCU II OC 2GB have the same idle noise levels as both cards have no fans running and are dead silent. The only reason the system is above ambient noise levels is due to the processors water cooler pump and fan noise. Keeping in mind that the Gigabyte GTX 960 G1 Gaming runs at lower clock speeds than the ASUS STRIX GTX 960 OC, we found that it was just slightly quieter at load when gaming by about 1.8dB. This card is very quiet and didn’t have any bad choke whine to report or anything like that.