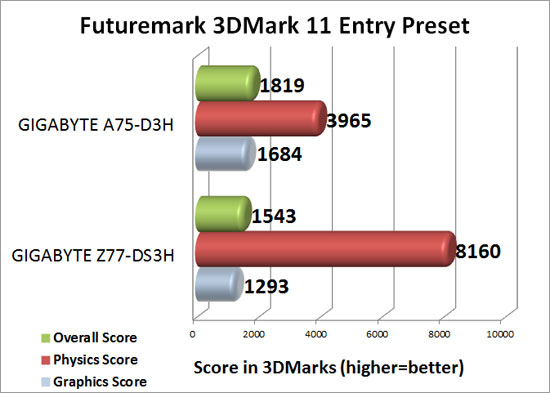 Benchmark Results: The overall score in 3DMark 11 at the Entry preset shows the GIGABYTE A75-D3H leading by 276 points or ~18%. The physics score which relies heavily on the CPU being used was dominated by the Intel Core i7 3770K which is a much more powerful CPU, though also more than triple the price of the AMD A8-3870K that we are using on the GIGABYTE A75-D3H. The Graphics score of the GIGABYTE A75-D3H was nearly 400 points higher than the Intel HD 4000 graphics on the Z77-DS3H. 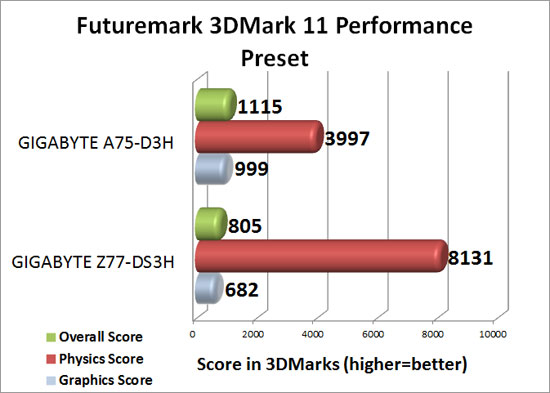 Benchmark results: The results above are similar to what we saw in the entry preset above. The GIGABYTE A75-D3H led the way on the overall score with 1115 3DMarks and 999 points for the graphics score. The GIGABYTE Z77-DS3H led the physics score with the more powerful processor.