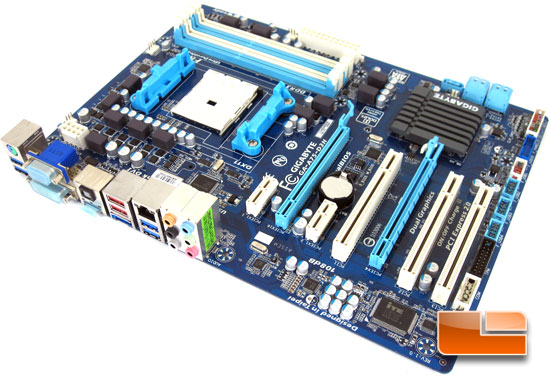 The GIGABYTE A75-D3H is an entry level AMD A75 chipset based motherboard. If you aren’t familiar with the AMD A75 chipset, it is used in conjunction with the first generation AMD APU in the FM1 package. The AMD A75 chipset was first launched in June of 2011 and we found it was a great system for the average user. We could do some light DirectX 11 gaming, run all of our typical day to day applications without and issue. Overall the AMD FM1 motherboards and processors were great for the typical user experience.

Now that the second generation of AMD APU’s have launched, we wanted to take a look at the first generation Llano before we start delving too much into Trinity. One of the good things about the Trinity launch for consumers is that it has caused prices of the now ‘old’ Llano APU’s to drop. When the AMD A8-3850 first launched we could grab one off of the shelves for $139 or so, now we can get our hands on the same processor for only $94.99, or we can grab the AMD A8-3870K for only $109.98.

The first part of the GIGABYTE Super4 is the Super Safe technologies. The GIGABYTE Super Safe is a group of features designed to improve the longevity of GIGABYTE motherboards. It includes features like GIGABYTE DualBIOS to help protect against BIOS corruption due to a failed BIOS flash which can brick your board. With the DualBIOS, the second BIOS chip will restore the first BIOS chip if it becomes corrupted. Definitely a feature I could have used in the past after a live update failed on a different board.

The second portion of the GIGABYTE Super4 is Super Speed. GIGABYTE Super Speed technology uses GIGABYTE’s Ultra Durable technology to make sure you processor runs at its optimal capacity. The AMD A75-D3H also uses the GIGABYTE 3x USB power which will allow you to charge your iPad, iPhone, and iPod up to 40% faster than a traditional USB port. The only processors available for the AMD FM1 motherboards are the AMD A-series APU, which means we will be able to take advantage of the latest DirectX 11 technology for the best eye candy out there!

Super Savings is the third of the four GIGABYTE Super4 technologies. All of the Super4 boards come equipped with the high end components you would expect from GIGABYTE that will ensure your system is running at the maximum power efficiency. Lower RDS(on) MOSFETs reduce energy wastage through unnecessary residual heat dissipation. This all amounts to tangible energy savings which are beneficial for both end-users and the environment without impacting system performance. 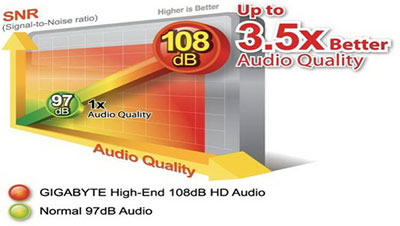 The fourth and final component of the GIGABYTE Super4 technology is the Super Sound. Each of the Super Sound GIGABYTE motherboards feature full 7.1 surround sound audio with a proprietary converter that is able to achieve a 108dB noise ratio (SNR) playback quality. This will create a better audio experience with lower noise levels and hiss while enjoying the latest HD content.

Now that we’ve taken a look at the details and specifications of the GIGABYTE A75-D3H, we can move on to the good stuff like the bundle and layout of the AMD FM1 motherboard.