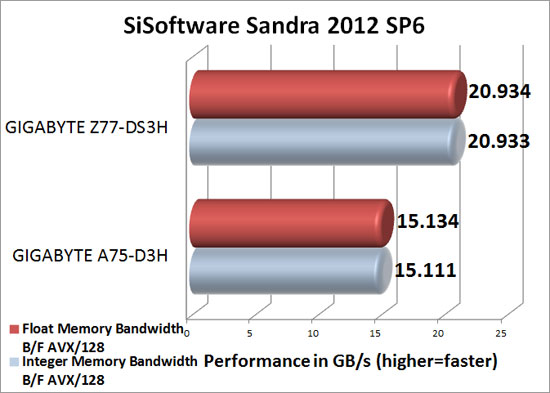 Benchmark Results: The Intel Z77 platform definitely has an advantage over our GIGABYTE A75-D3H which has an aggregate memory bandwidth of ~15.1GB/s.