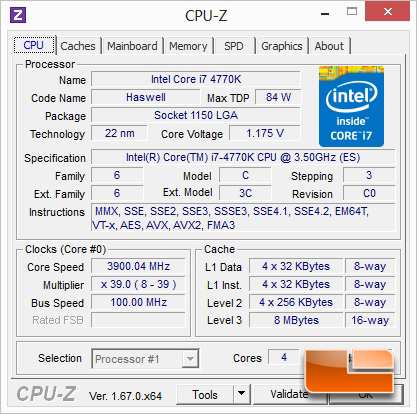 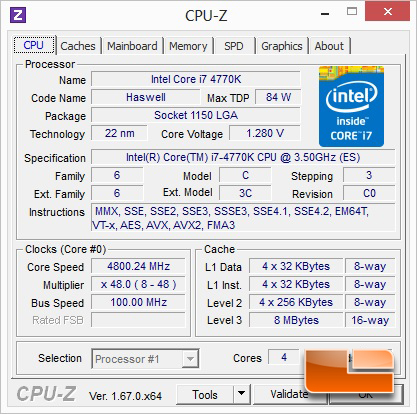 We were easily able to take our Intel Core i7-4770K ‘Haswell’ Processor to 4.8GHz with the GIGABYTE G1.Sniper 5. The only settings we had to tweak within the BIOS was the CPU multiplier and the CPU VCore. Our particular processor requires very little voltage increases and is happy at 4.8GHz with a vCore in the realm of 1.29 Volts.

As always we tried to break past 4.8GHz, but we were unsuccessful. If we added much more voltage we would run into a heat issue, and without the voltage we just weren’t stable at all. 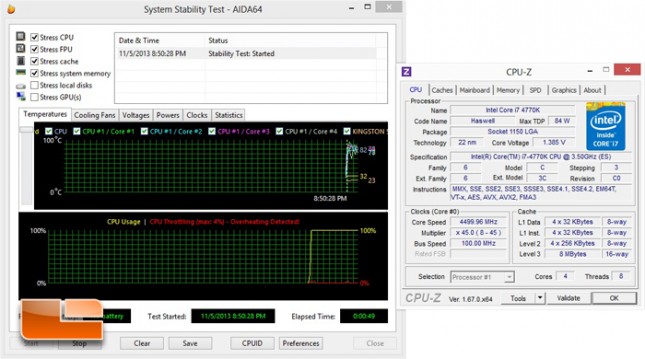 Once we successfully booted the G1.Sniper 5 into Windows we fired up CPUz and AIDA64 system stability test to see exactly where we were at. The Intel Core i7 4770K was set to 4.5GHz and the vCore was set to 1.385. The high vCore caused our processor to throttle back the performace due to the heat generated. Not all processors run at such a low vCore as our sample so the vCore may be needed by yours, my advice is to keep an eye on the CPU temperatures whenever you’re overclocking. 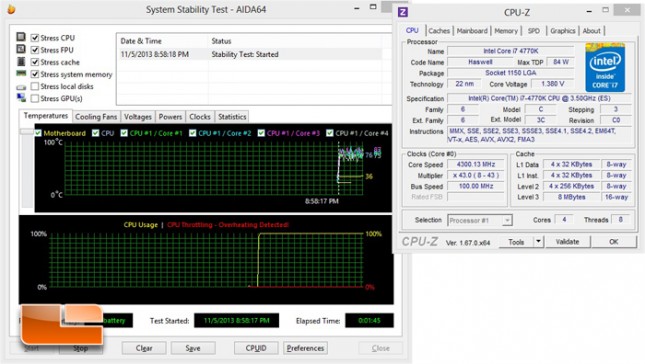 I tried to back the performance upgrade to 20%, but the vCore remained virtually unchanged. Since the vCore was still sitting at 1.38 Volts, our processor was still hitting the thermal limits and beginning to throttle down.