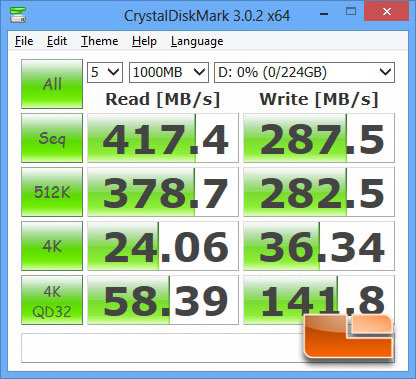 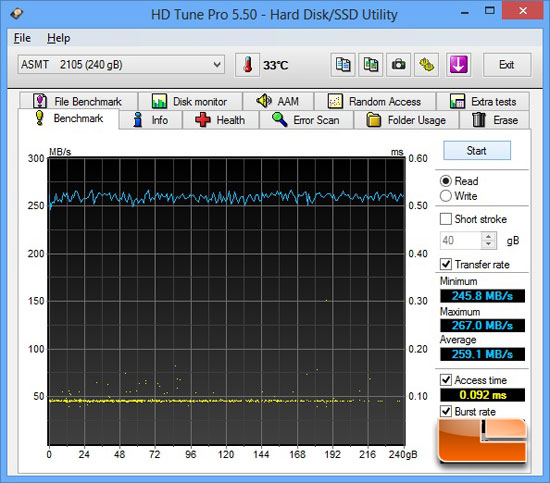 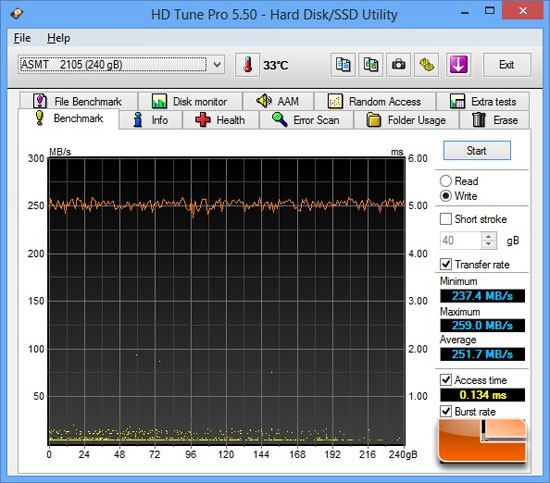 Benchmark Results: HD Tune looks like a wash between the ECS Z87H3-A2X and the ASUS Z87-Pro. There is no discernible difference between their performances.