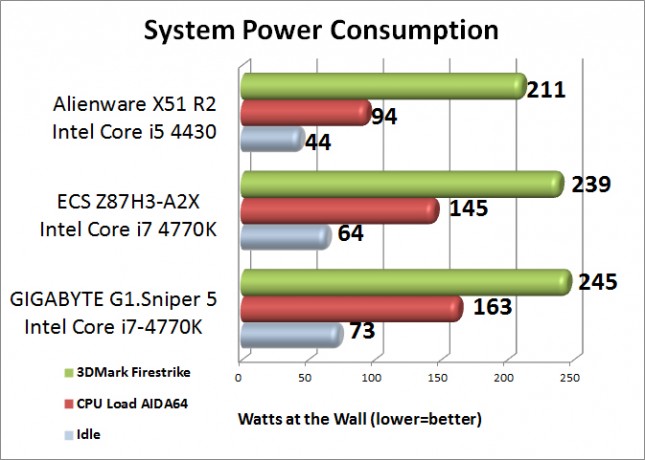 The GIGABYTE G1.Sniper 5 Intel Z87 motherboard is a bit of a power hungry beast it seems. In each of our three tests it pulled more than our other systems, despite the identical configuration as the ECS Z87H3-A2X. Sitting at idle the Sniper 5 was pulling 73 Watts, 9 Watts more than the ECS board. Under a full load in the Aida64 system stability test it was pulling 18 Watts more and running 3DMark Firestrike the Sniper 5 pulled a peak of 245 Watts, 6 more than the ECS board.