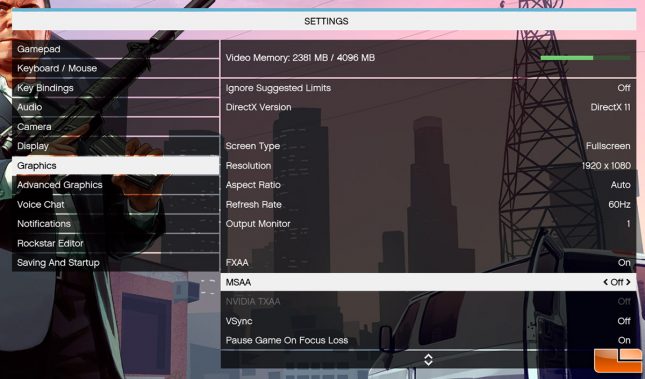 In Grand Theft Auto V we left the suggested settings alone, but did disable MSAA and we turned VSync off. We used the games built-in benchmark utility and averaged all the five of the default benchmark runs to get our average results. 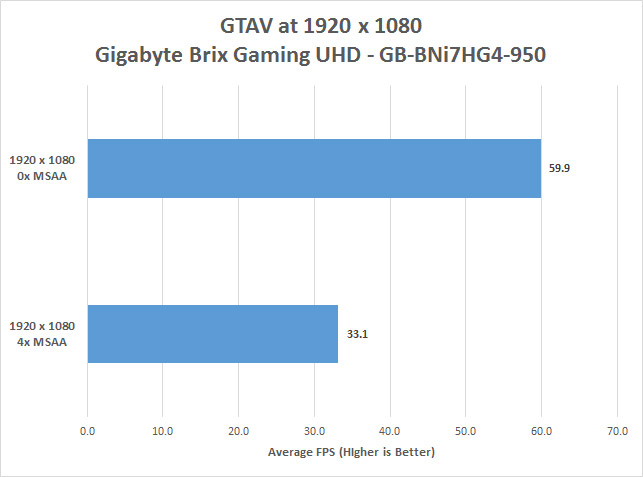 Benchmark Results: When it comes to GTA V we found that the Brix Gaming UHD GB-BNi7HF4-950 was capable of 59.9 FPS on average with 0x MSAA enabled (minimums were 11-46 FPS depending on which of the five runs you were looking at). If we enabled 4x MSAA we were able to average 33.1 FPS, so game titles like GTAV are playable as long as you turn off AA and maybe some the other eye candy.