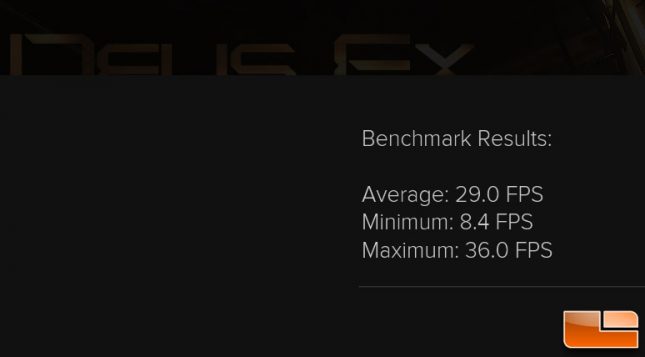 Benchmark Results: It looks like the high image quality preset it way too much for the Gigabyte Brix UHD as we averaged 29 FPS and dipped down to the single digits for the minimum.