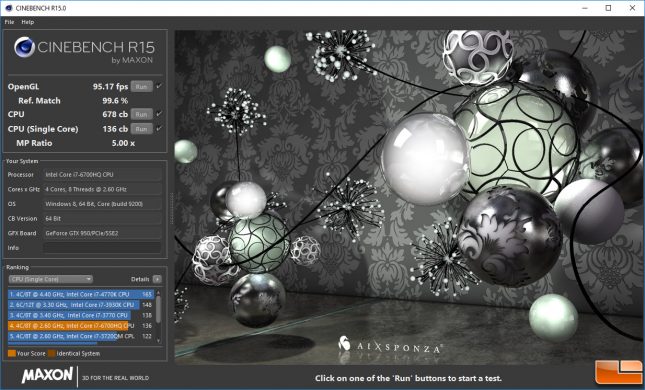 The Gigabyte BRIX UHD Gaming PC Kit with the Intel Core i7-6700HQ pocessor and discrete GeForce GTX 950 GPU scored 99.17  FPS on the OpenGL benchmark. On the CPU side, the system was capable of 678 points on the multi-core CPU test and 136 points on the single CPU test. 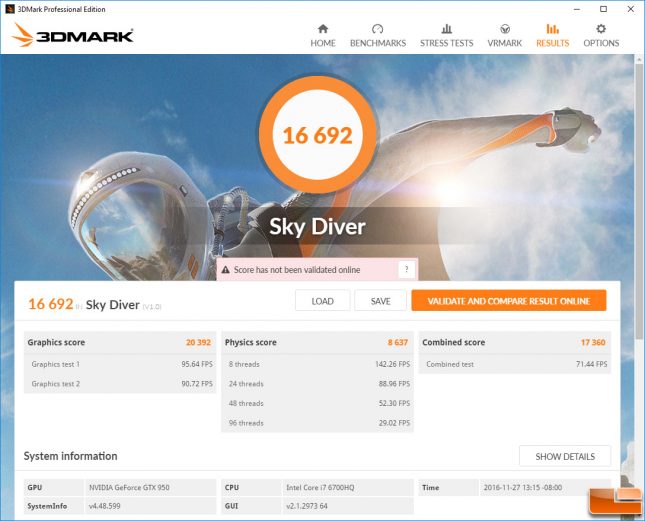 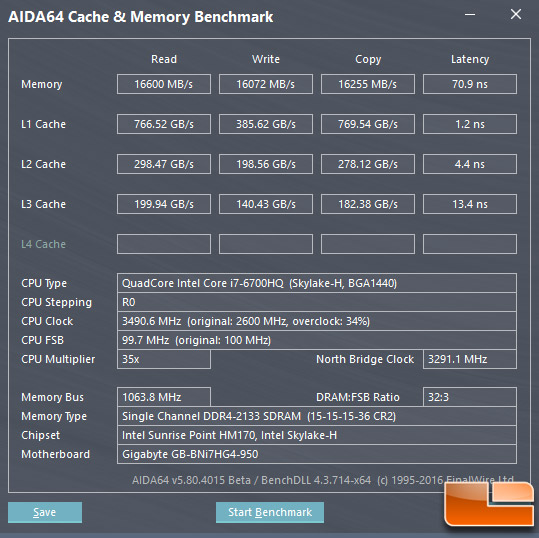 AIDA64 v5.80 beta showed that the single channel 2133MHz DDR4 memory had 15-15-15-36 2T timings and was capable of 16,600 MB/s read and 16,072 MB/s write speeds with a latency of 70.9 ns. The Gigabyte Brix Gaming UHD Mini-PC GB-BNi7HG4-950 has two memory slots, but only one was populated and that is why we are getting ‘low’ single-channel scores. We aren’t sure why Gigabyte didn’t put two modules in for dual-channel performance results, but we tested it as the system was built and loaned to us for testing. 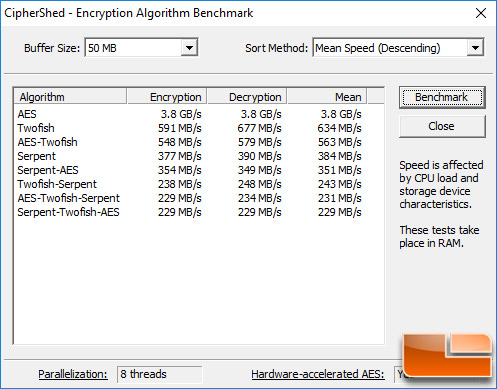 CipherShed v0.7.4.0 shows that the Gigabyte Brix S had a mean score of 3.8 GB/s on the AES Encryption test. 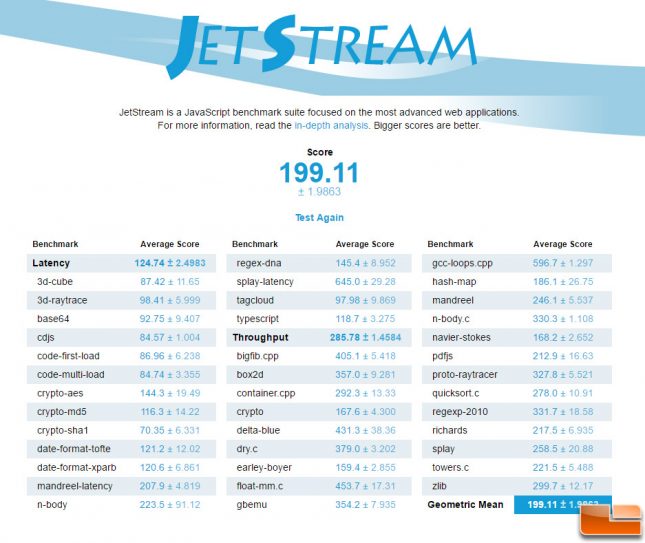 We ran the JetStream v1.1 JavaSctipt on Google Chrome 54 and found an overall score of 199.11.

A quick run of CrystalDiskMark v5.2.0 showed the performance of the Transcend 128GB MTS800 M.3 SATA SSD used as the primary drive as well as the WD 1TB hard drive used as secondary storage. Sequential read speeds topped out at 555 MB/s and the sequential write speed was 209 MB/s. The Random 4K read speed was 31 MB/s and the 4K random write speed was 106 MB/s. It should be noted that this M.2 SATA was released in 2014 and is an older drive that is most certainly slow compared to the newer M.2 PCIe drives that would work in both of the systems M.2 slots. One slot works with M.2 SATA/PCIe cards and the other is PCIe only. The system also has room for two 2.5″ SATA notebook drives. Our system came with one WD 1TB notebook drive installed and it had 118 MB/s read and 116 MB/s write speeds.

Having two drives is nice though as you can setup your steam library to hold your game titles on the secondary storage drive and it takes just seconds to get in order. 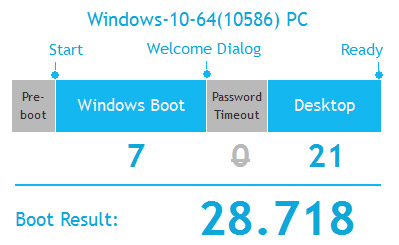 The last performance test that we wanted to run was Bootracer 6.0 to see how fast the system is able to boot Windows 1o 64-bit. We found that the Gigabyte Brix Gaming UHD Mini-PC GB-BNi7HG4-950 takes 7 seconds to get to the logon screen and it took a total of 28.7 seconds to get up and running on the desktop when using the Transcend 128GB MTS800 M.3 SATA SSD. This is not an impressive score, but is due to the older SATA drive and not the system itself.

Time to take a look at the gaming benchmarks!