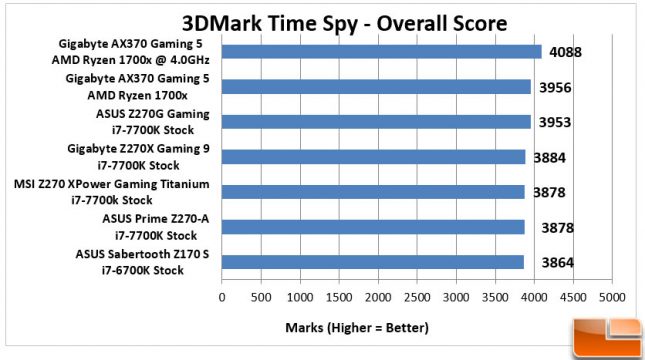 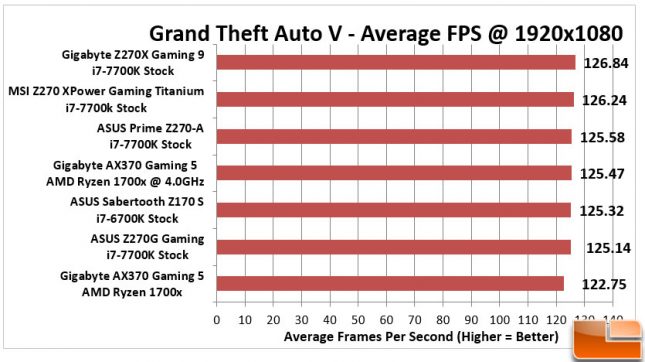 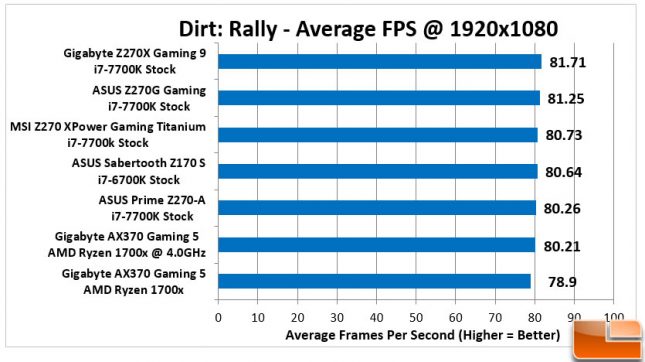 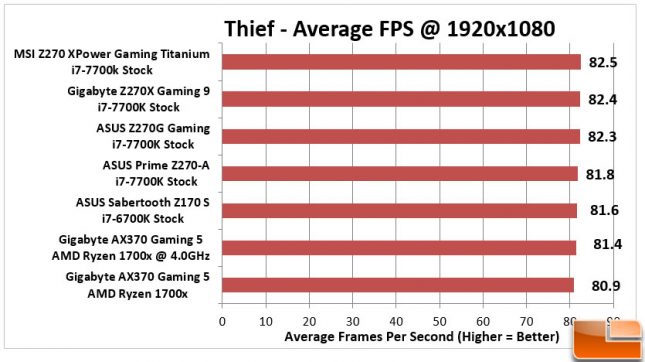 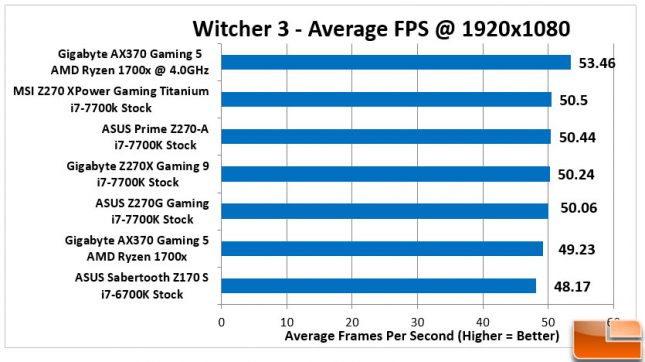 Legit Reviews Gaming Performance Analysis: It’s a sad fact that most games do not take advantage of the extra CPU cores on processors and do not do very well for Hyper-Threading. If they did, we would be able to see a big difference between the Intel based test systems and the AMD Ryzen test system. Previously, we took a look at the Intel i7-7700k and the AMD Ryzen 1700X gaming performance in a 14 Game Showdown. In that test, we ran the game at a lower quality setting that we normally do. In this test, we increased the graphics quality typically to the highest possible.

In each of these games, the Gigabyte Aorus AX370-Gaming 5 with the AMD Ryzen 1700X came in either in the middle of the results, or at the bottom of the pack. AMD has stated that the Ryzen doesn’t really shine at the lower resolutions, but is designed more for VR and higher resolutions. So the results here do not really surprise us. However, if you take a look at the scores, there isn’t a huge difference in performance, with between 1% and 2% difference in each of the games we tested this time.