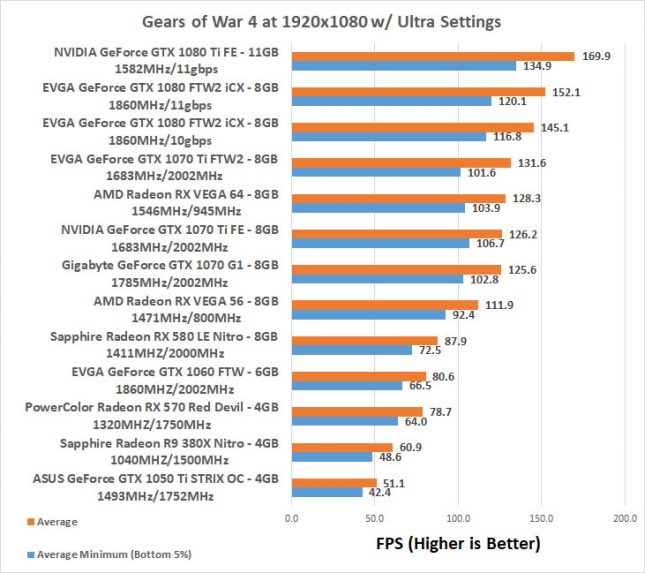 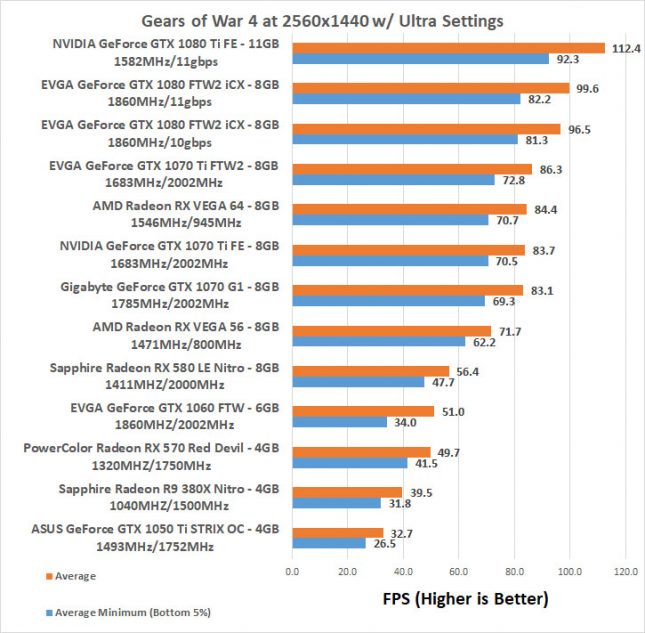 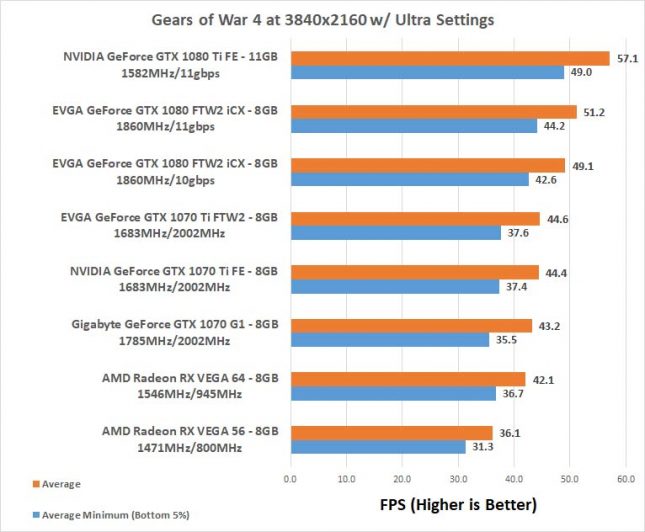 1440P Benchmark Results: Gears of War 4 showed that the Gigabyte GeForce GTX 1070 G1 gaming can beat the Radeon RX Vega 56, so it shouldn’t be a surprise that the GeForce GTX 1070 Ti models bested even those numbers and performed higher at 1080P, 1440P and 4K screen resolutions.