We wanted to try out overclocking, so we gave it the old college try on the EVGA GeForce GTX 1070 Ti FTW2 graphics card with EVGA Precision X. 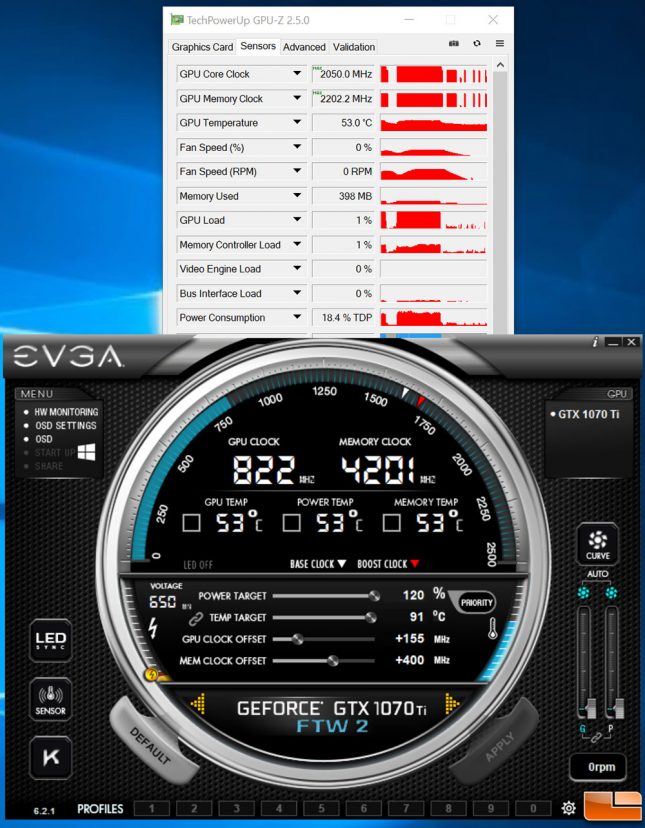 We managed to overclock this model by +155MHz on the core and +400MHz on the memory and have it rock solid in all the game titles. This overclocked bumped up the actual in-game boost up to 2050MHz and the GDDR5 memory was running at 2202 MHz. Not a bad overclock as this should get us up close to a stock GeForce GTX 1080 in some benchmarks! 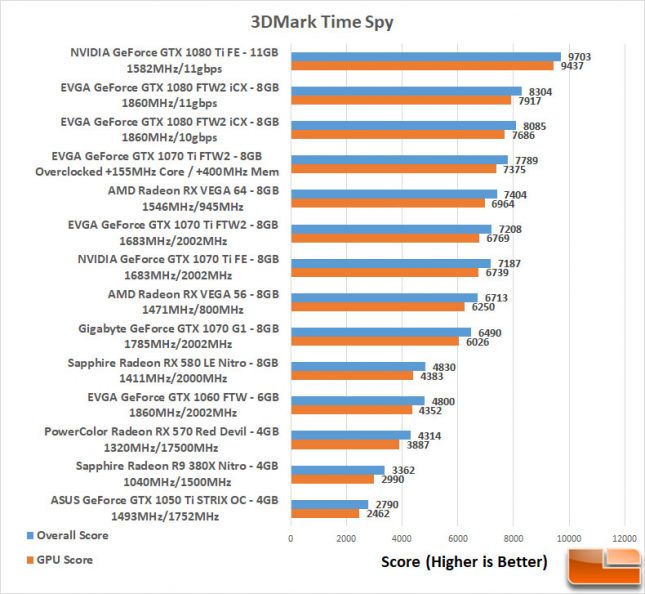 By overclocking the EVGA GeForce GTX 1070 Ti FTW2 graphics card we were able to take the score of 7,208 points on 3DMark Time Spy and raise it up to 7,789. This is a 581 point increase in our overall 3DMark score, which represents a performance gain of 8.1 percent. Not bad for a free overclock!