The numbers on paper makes it look like a clear win for AMD as it has more cores and texture units along with higher peak compute and memory bandwidth numbers. Looking at numbers on paper and the performance you get in the real world are usually two very different things. 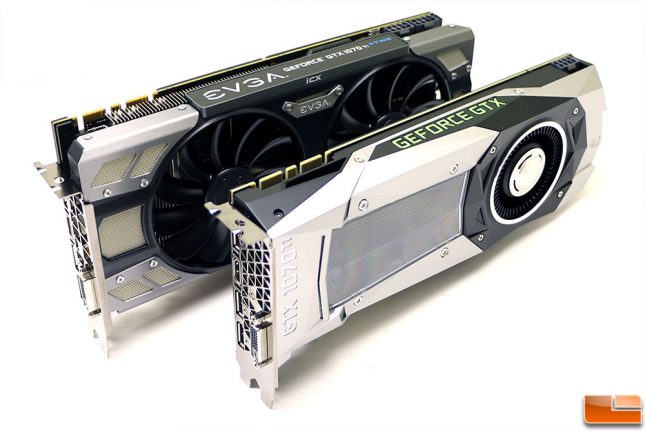 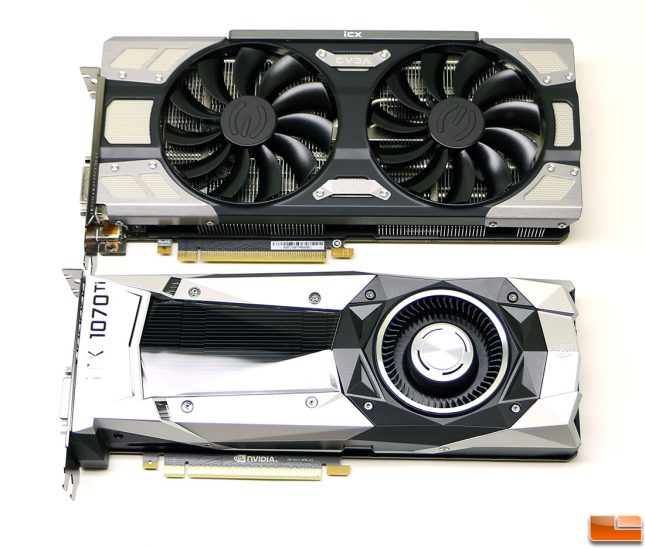 Both cards are the same length 10.5-inches and have a silver and black color scheme that should go with most any case design. The EVGA 1070 Ti FTW2 card easily wins the appearance contest though as it has RGB lighting! 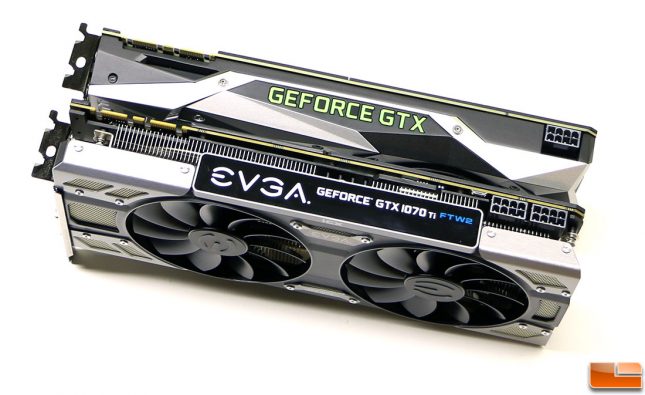 To get these cards running properly in your gaming PC you’ll need one 8-pin PCIe power connector on the NVIDIA GeForce GTX 1070 Ti Founders Edition and two 8-pin PCIe power connectors on the EVGA GeForce GTX 1070 Ti FTW2 graphics card. No big deal to gamers, but if you are mining having one 8-pin power connector per card makes life so much simpler for those that might be running 6+ cards on one system. Overclockers will be happy with the EVGA 10+2 power phase design though as it allows for a max power draw of 235 Watts, which is well over the typical power draw of 180 Watts that a stock card uses.

Just to the left of the power connectors on the EVGA card there is a switch that gives you access to the cards two BIOS chips. No other EVGA GeForce GTX 1070 Ti comes with a dual vBIOS solution and this is a feature certainly not found on the reference design. 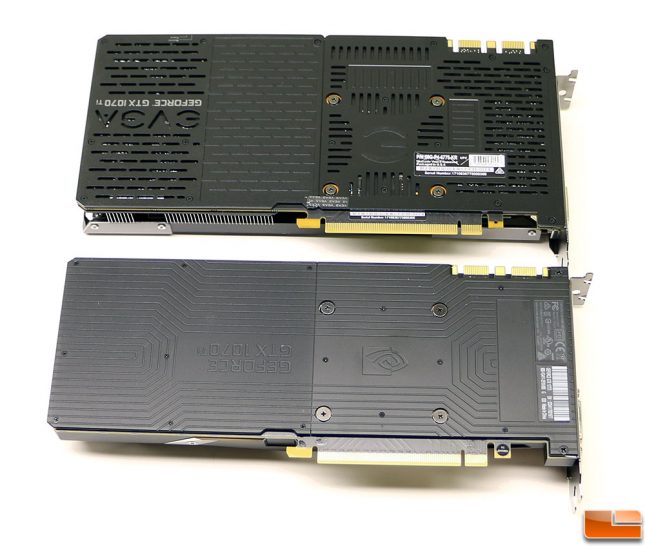 Both of the GeForce GTX 1070 Ti models that we are looking at today have full coverage backplates. This helps protect the components on the back of the card and reduce PCB flex or sag while your card is hanging in the system for years.

When it comes to video outputs for display connectivity both cards have three standard sized DisplayPort connectors along with one full sized HDMI port and DVI output. Both cards are true dual-slot designs, but notice that EVGA’s PCB and iCX cooler designs are much taller.

How about we spare you the chit-chat and let’s do this! Let’s take a look at the test system and then see the benchmarks!