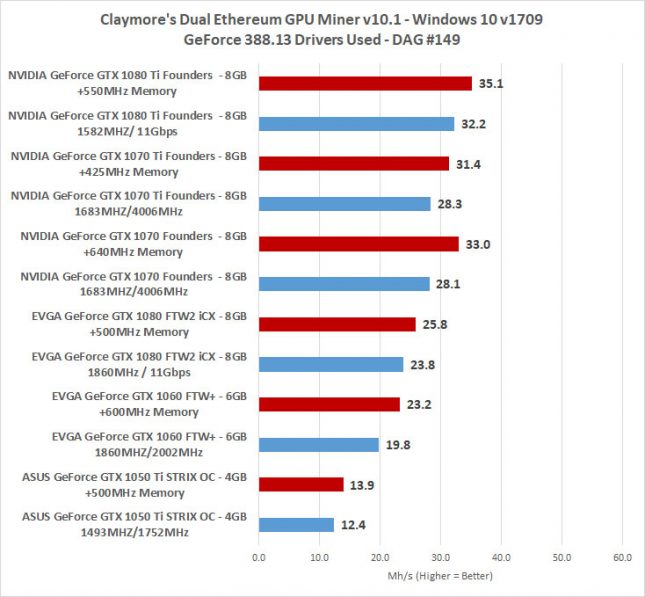 We aren’t going to get into too much detail here since the focus of this article is gaming, but the NVIDIA GeForce GTX 1070 Ti gets around 28 MH/s out of the box and can be overclocked to just over 31 MH/s. These numbers are roughly on par with the GeForce GTX 1070, so miners would be better off getting the less expensive GeForce GTX 1070 card since the extra CUDA cores don’t really help improve mining hashrates.