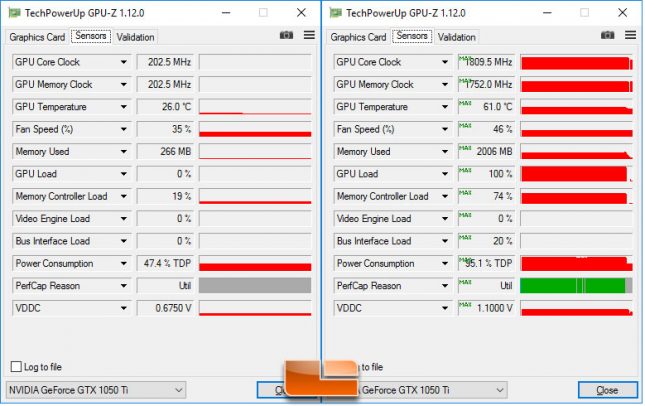 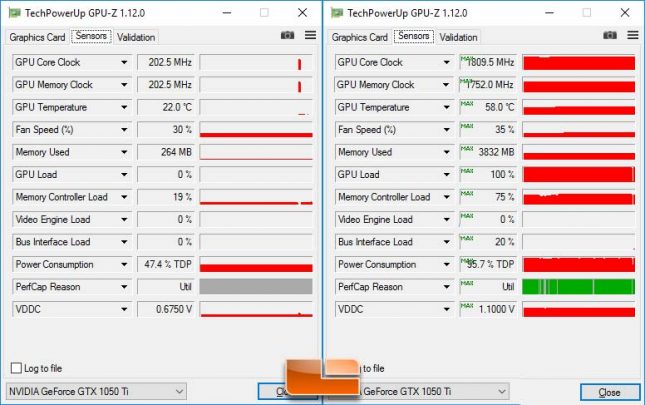 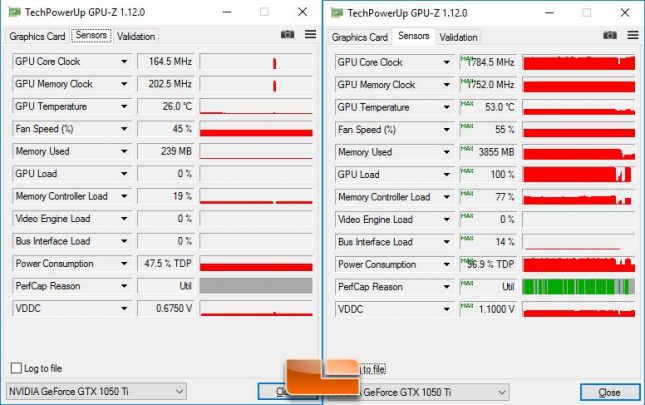 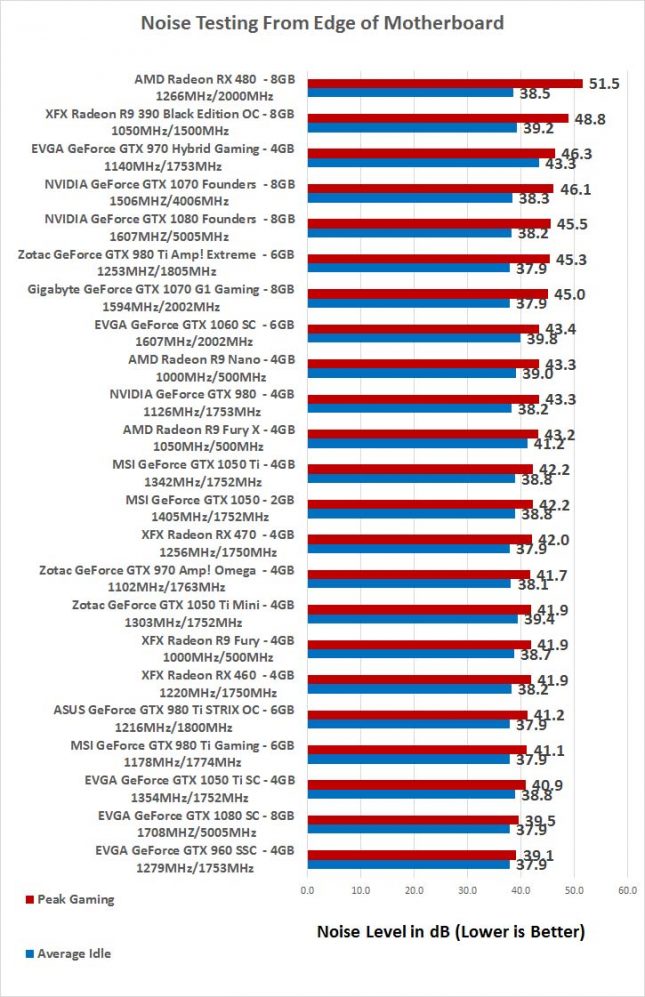 The single fan cooler design on the these three cards isn’t bad and most were just a few dB above their idle noise levels. Sure the EVGA GEForce GX 1050 Ti SC Gaming had a lower 40.9 dB reading, but the MSI GeForce GTX 1050 Ti 4G OC didn’t sound too much louder at 42.2 dB and besides you have to remember two things. This is on an open air test bench and the sound meter itself has a 1.5dB accuracy. Too close to call any winners on the noise front, but all are very quiet and shouldn’t be annoying by any means. The MSI GeForce GTX 1050 Ti did make a slight ticking sound when ramping up and down the fan curve profile as the cards temperature changed, but it wasn’t terrible.