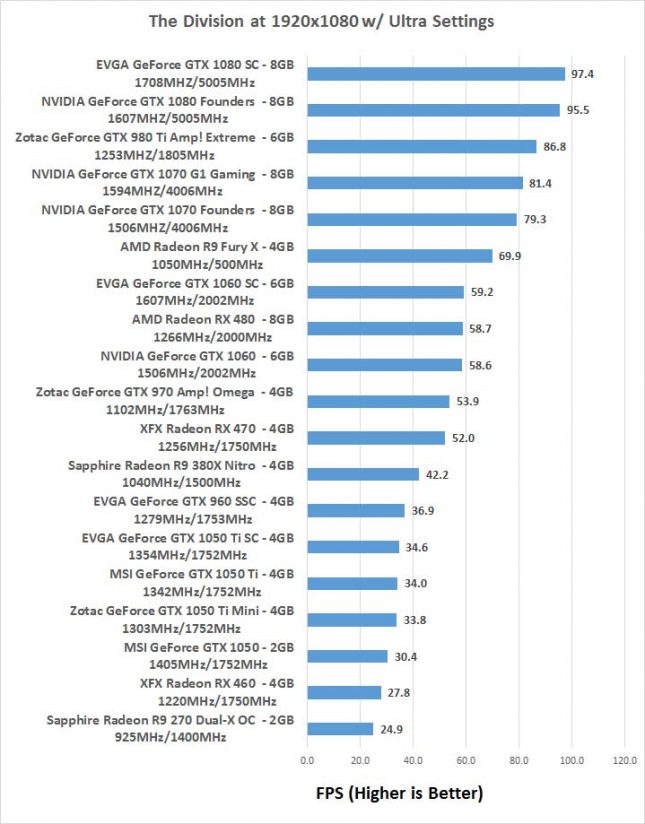 1080P Benchmark Results: The Division is pretty tough on graphics card the three GTX 1050 Ti 4GB cards were able to get a 34 FPS average.