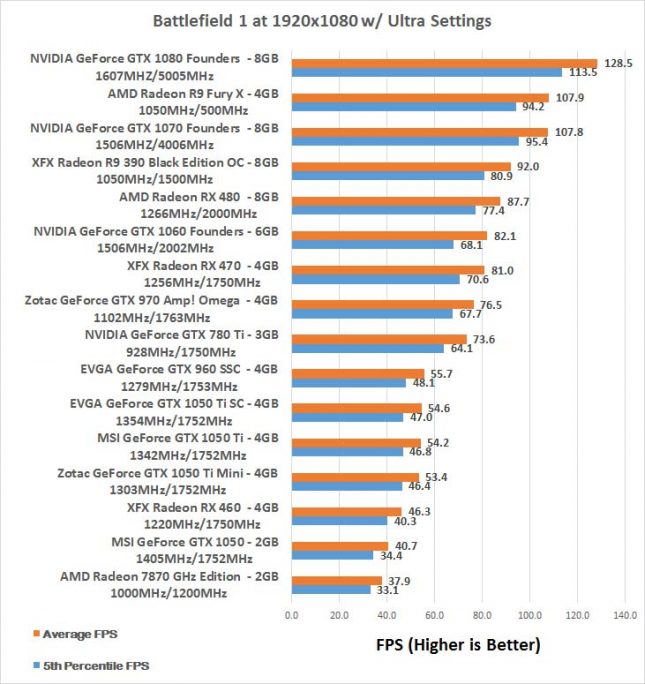 Benchmark Results: At the popular 1080p gaming resolution in Battlefield 1, the three GeForce GTX 1050 Ti 4GB card all average right around 53 to 54 FPS on average. Not bad and you can see how the 51MHz clock frequency difference doesn’t impact overall gaming performance by a significant ammount.