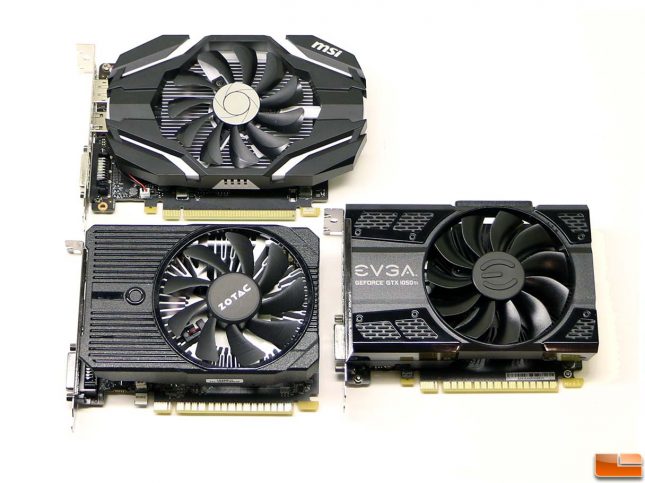 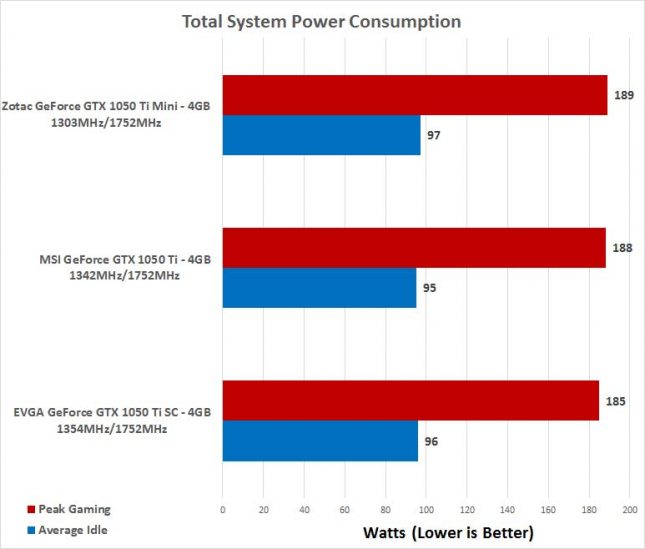 Power Consumption Results: The power consumption on the three GeForce GTX 1050 Ti cards was impressive as none topped 200 Watts of power consumption at fill load while playing BF4. All the cards were within 3-4 Watts and that is fine as leakage is different on all GPUs, the clock speeds are difference on each card and they all use different cooling fans. All three of our cards used Samsung GDDR5 memory chips, so it is likely the voltages and power draws there were all the same.