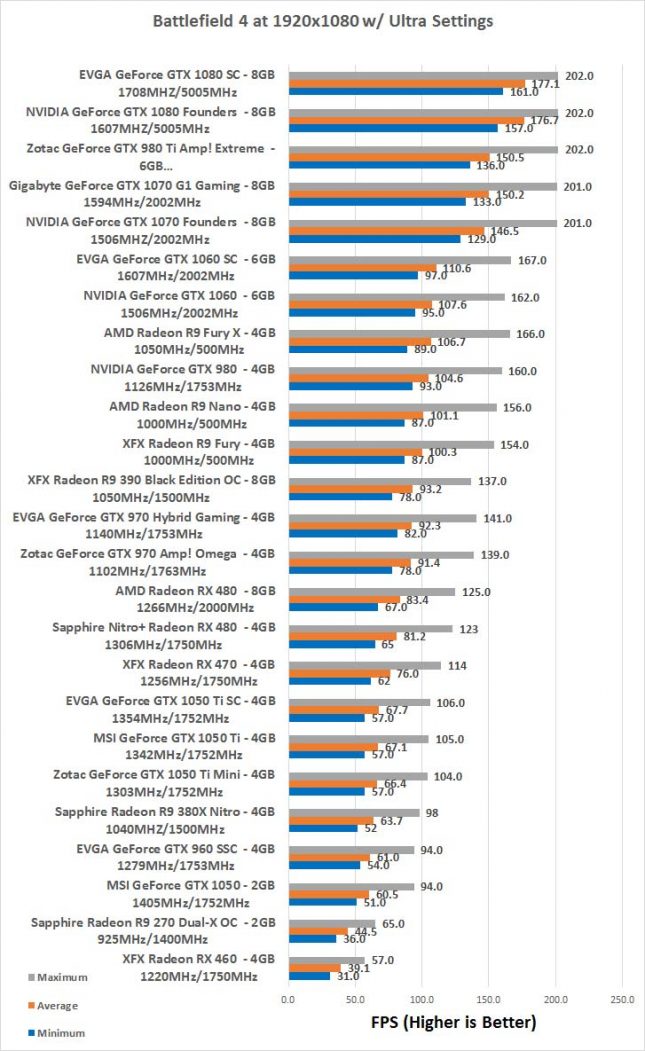 Benchmark Results: In Battlefield 4, the GeForce GTX 1050 Ti cards all came in with an average of 66-67 FPS!