This is a newer section that we’ve added into the cooler reviews just to get a little more insight on what you’re getting yourself into for power consumption. It’s only fair to check out how much each cooler consumes compared to stock, so we’ll take a look at both idle and load numbers.

To do our measuring for power consumption, we’ll be using a Kill-A-Watt meter hooked up to the computer only, we’ll let the system sit idle for 15 minutes after boot to allow it to settle down and take a measurement then. The average whole number that the meter is displaying is the number that we’ll use. We’ll then load up Prime95 to put a full load on the CPU to get each cooler to work as hard as they can, grabbing the power consumption numbers in the same way. All tests are done at the stock turbo frequency of 3.9GHz on the i7-4770k. 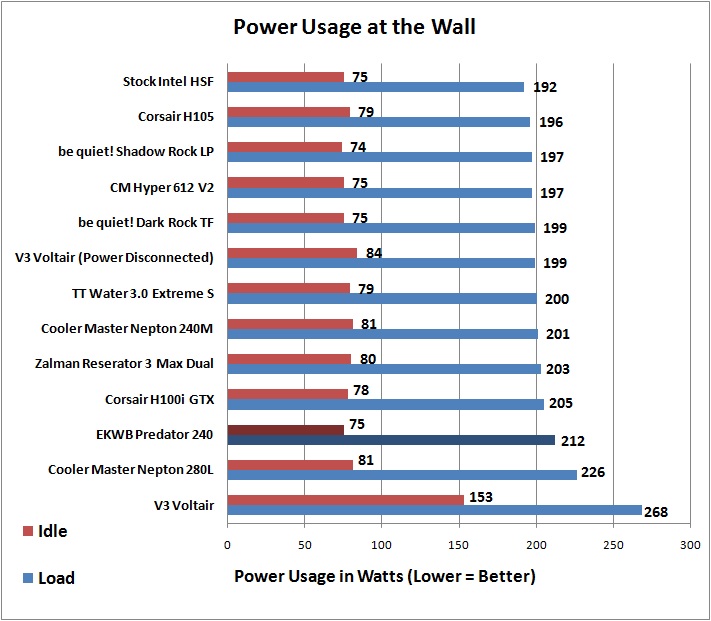 Overall Results: Power usage is spot on with just about every cooler at idle, and this is exactly what I was expecting from the Predator 240. The load usage was very reasonable and darn close to the other liquid coolers, though if you’re looking strictly at what used the least vs. the most, this cooler used 16 watts more than the lowest (Corsair H105).