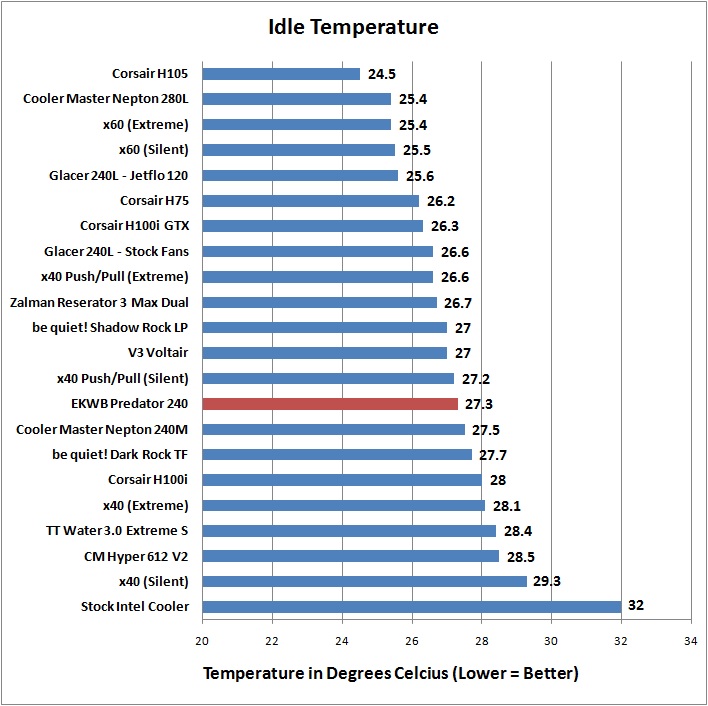 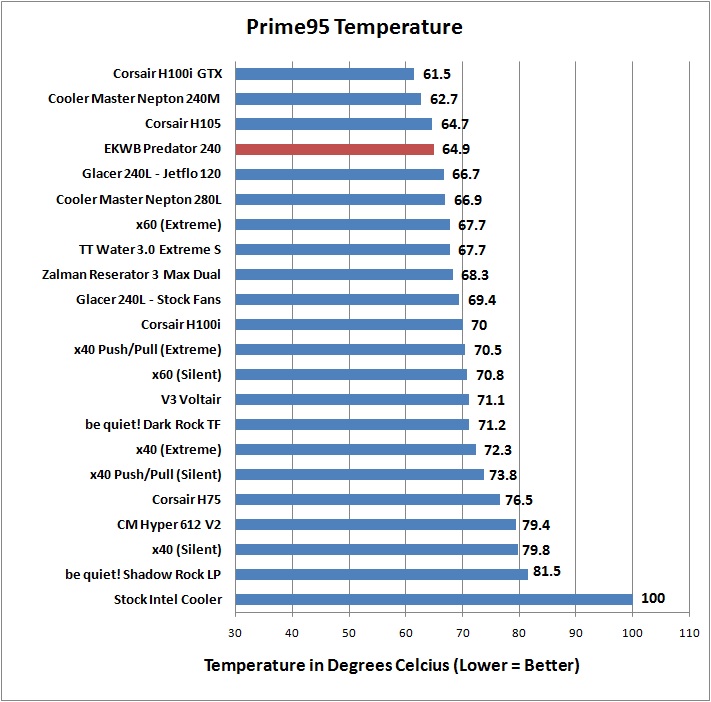 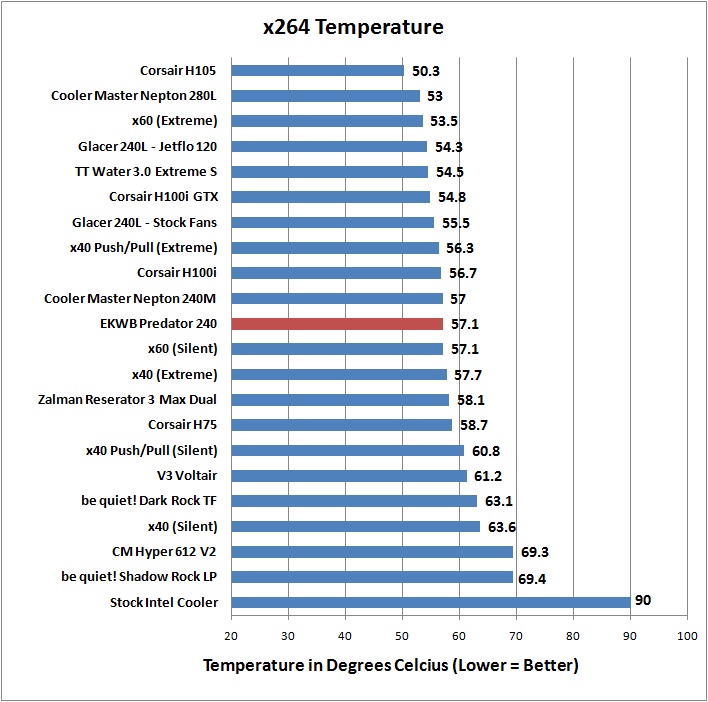 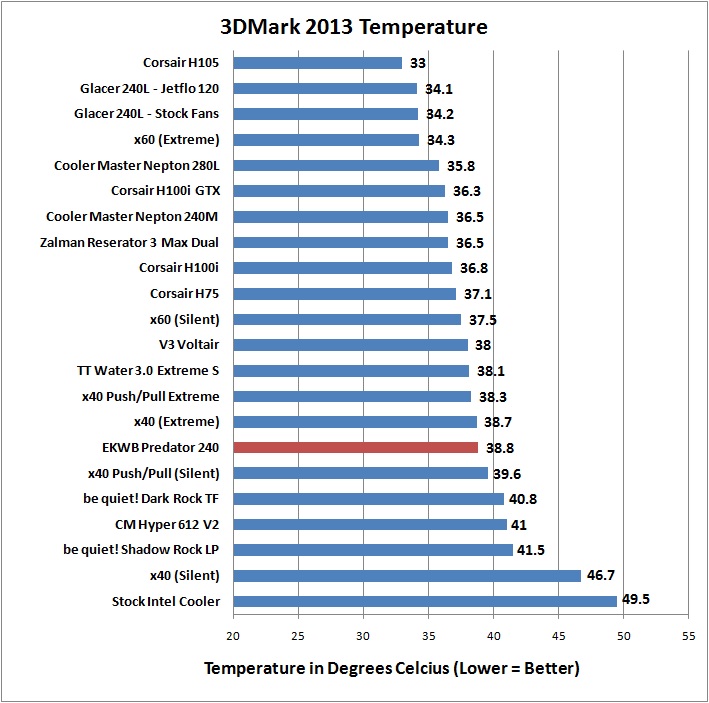 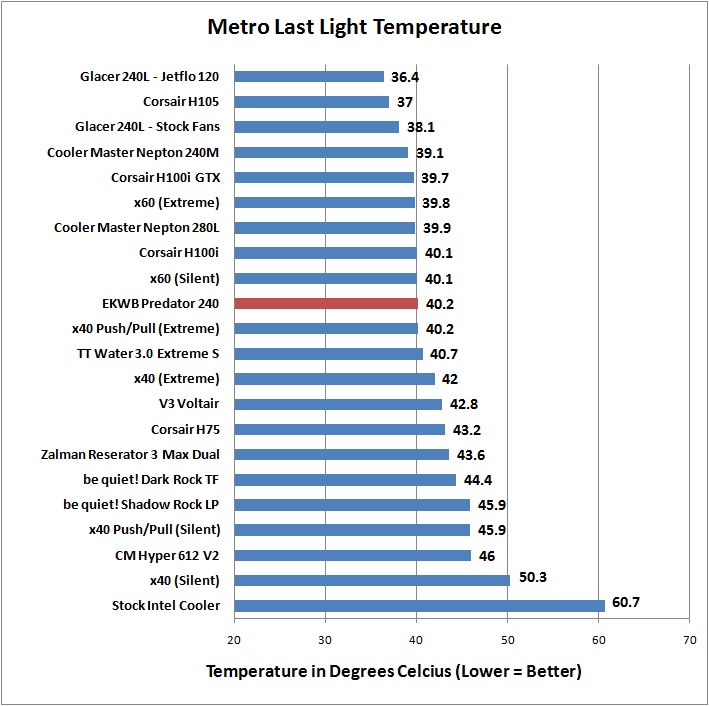 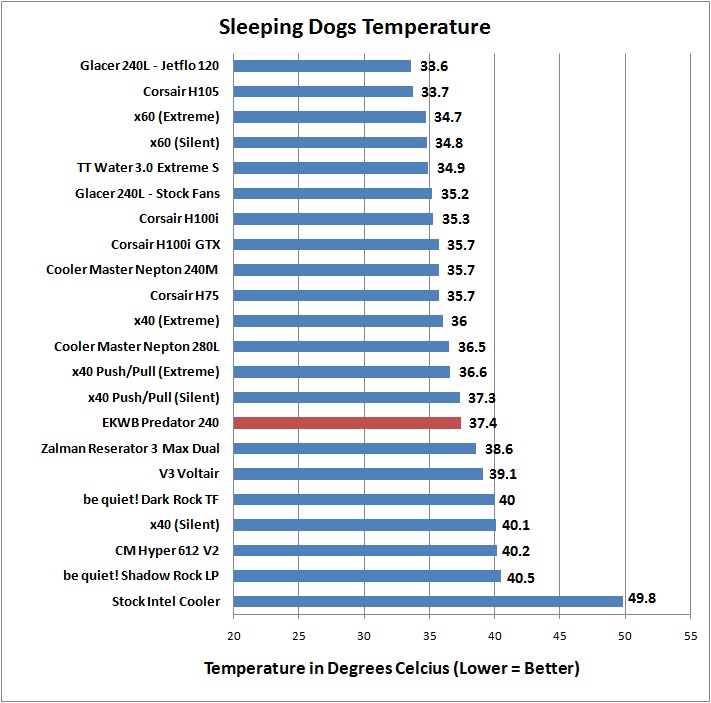 Overall Results: Comparing the Predator 240 to all of the other coolers that we’ve checked out in the more recent past, you will find that the Predator 240 hits about middle of the road or better on all of the tests. When you check out the charts, though, the difference between the top cooler and this cooler is quite small.