Overclocking with the Predator 240 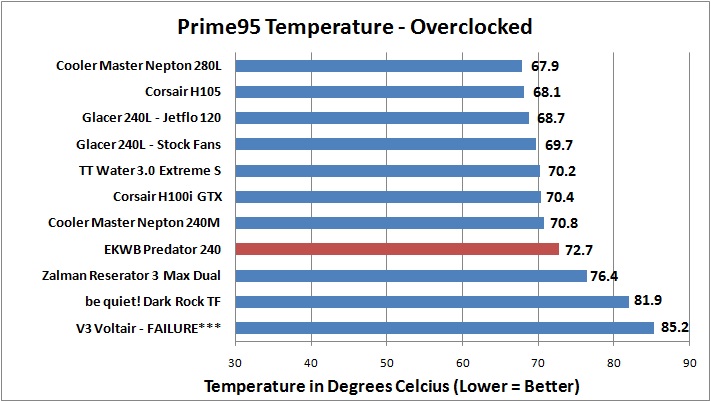 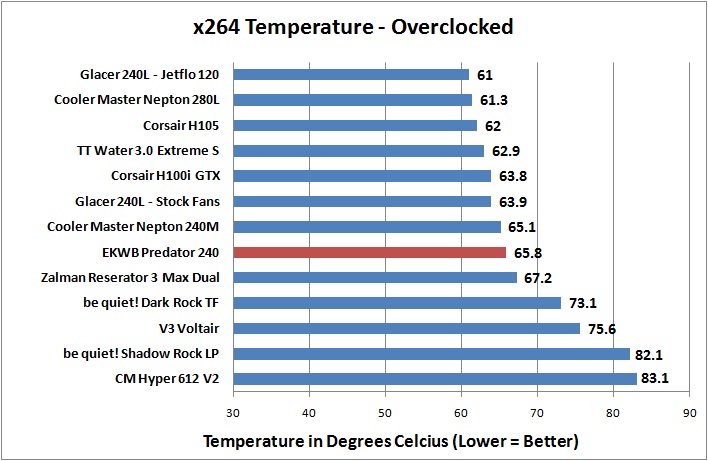 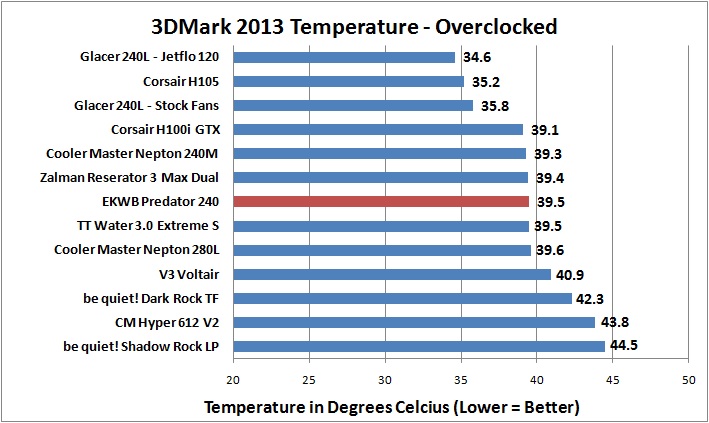 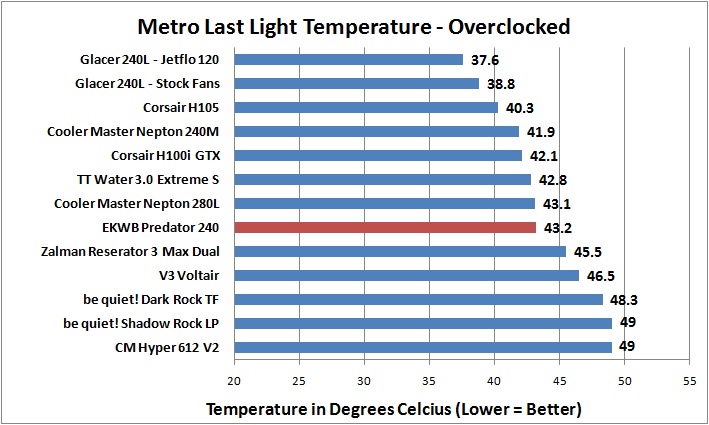 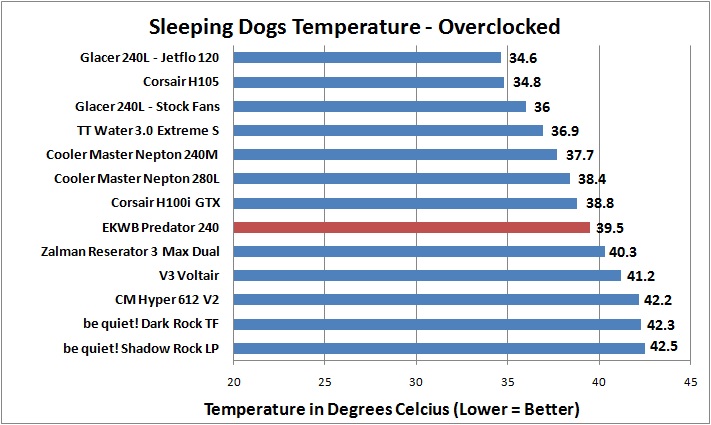 Overall Results: We found that the Predator 240 was able to handle our 4.3 GHz i7-4770k @ 1.270v quite well. Like the stock clock benchmarks, we found this cooler to be right in the middle of our other coolers that were benchmarked. Also like the stock clock benchmarks, a large chunk of the contenders around the Predator 240 were only off by tenths of a degree to a degree or two.