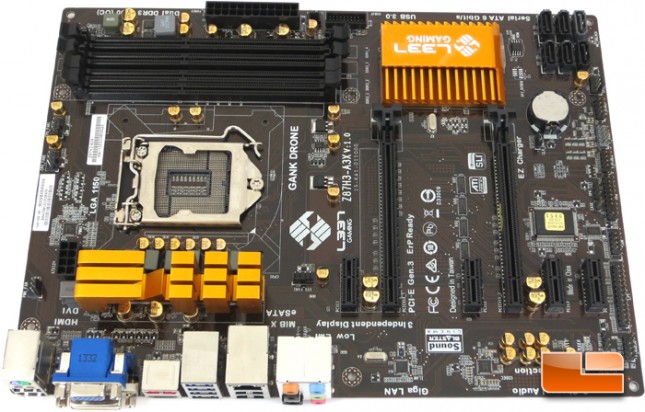 The ECS GANK Drone Z87H3-A3X doesn’t go overboard with the flashy colors and overdone heatsink assemblies (well for the most part anyways). 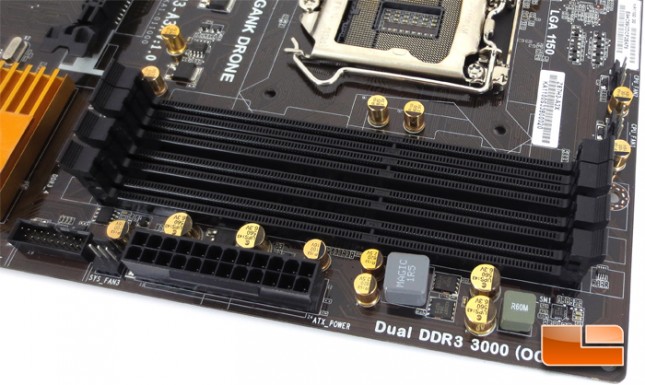 The GANK Drone Z87H3-A3X supports up to 32GB of DDR3 and speeds up to 3000MHz in the usual four DIMM slots. At the top right of the DIMM slots we can see a pair of 4pin fan headers, this is the CPU_Fan1 and CPU_Fan2. Along the edge of the board we can see a 3pin system fan header (SYS_FAN3), 24pin ATX power plug, as well as the internal SuperSpeed USB 3.0 header. 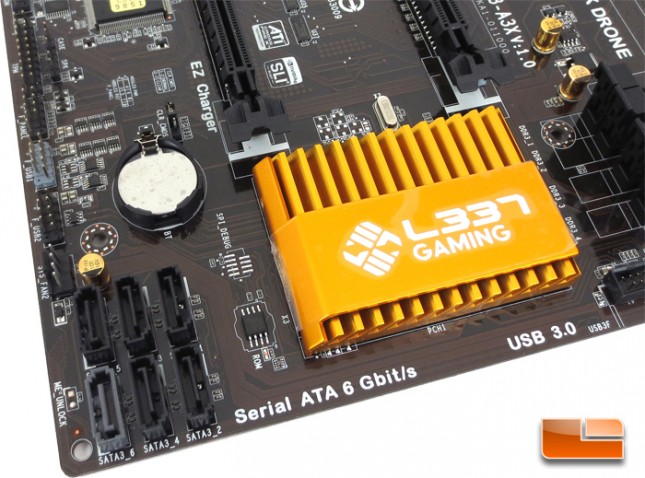 On the corner of the ECS GANK Drone Z87H3-A3X is the six SATA III 6Gbps ports, five black ports and one grey port. The grey port will be disabled if you were to plug an eSATA device into the I/O panel on the back. If your case has an eSATA port on the front panel, it would be a good idea to plug it into this one. Along the edge of the board we have the second system fan header, a pair of internal USB 2.0 ports, followed by the front panel header. The GANK Drone Z87H3-A3X features a heatsink over the Z87 chipset with the L337 Gaming logo on it. 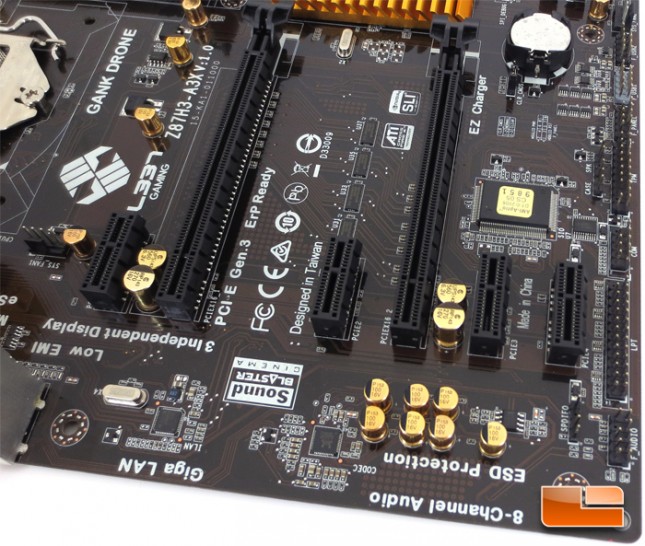 Continuing up the edge of the Drone Z87H3-A3X we have the TPM (Trusted Platform Module) header, COM port header, LPT header, and the front panel audio header. Along the leading edge of the GANK Drone Z87H3-A3X we can see the Realtek ALC1150 HD audio CODEC and the golden solid caps. The Drone only has two PCIe x16 slots and four PCIe x1 slots, it will support either 2-way SLI or CrossFire. To the left of the expansion slots we can see the third 4pin system fan header.

The I/O panel on the GANK Drone Z87H3-A3X is a pretty typical set-up by todays standards. It features four USB 2.0 ports, as well as four SuperSpeed USB 3.0 ports, PS/2 port, eSATA. When it comes to video out the Drone features a 15pin D-Sub, DVI, and HDMI 1.4a. Behind the I/O panel we see that the ECS Drone has an 8pin CPU power plug, pretty common these days. Most power supplies have an 8pin CPU power plug, but if you have only a four pin, it will still work for you. 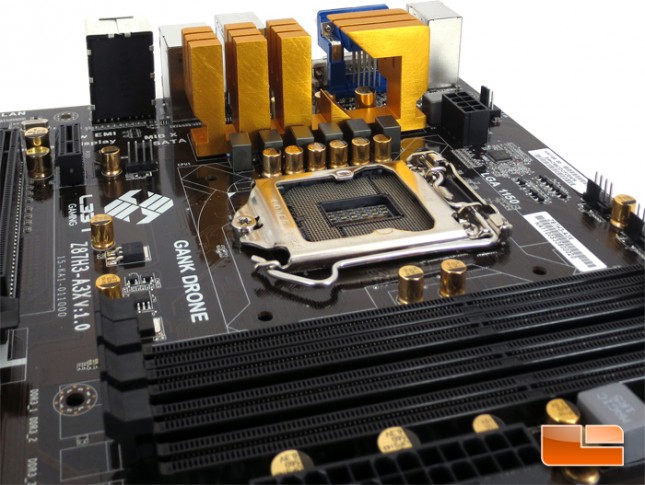