Digital Storm’s Bolt II is absolutely a work of art. They managed to engineer a beautiful and yet simplistic chassis, all while packing a ton of high-end hardware inside. You can choose to pimp out your Bolt II with the absolute top end hardware, or you can choose to keep it simple for a basic HTPC that can run some games. 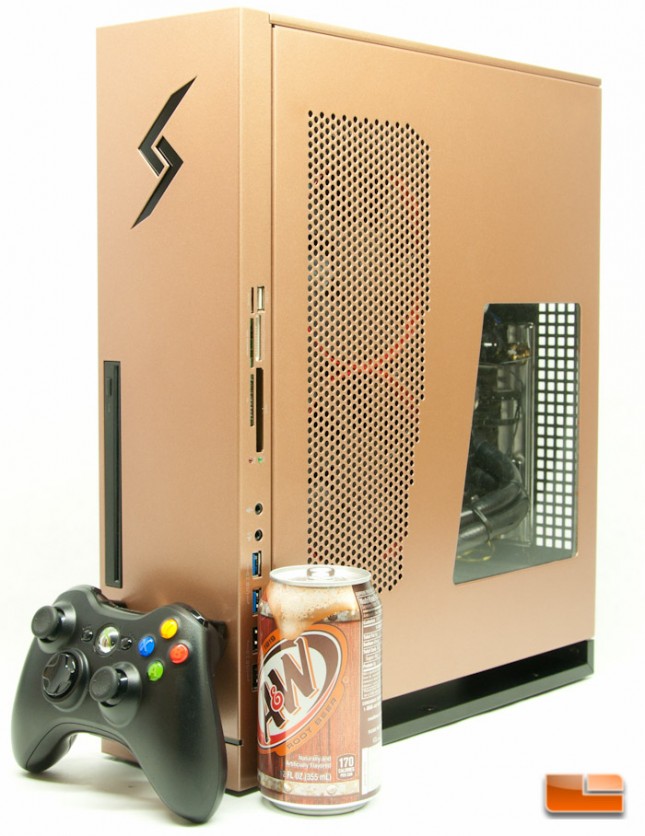 In the system that we reviewed today, we have a lot of high-end hardware, including a Core i7 4790k @ 4.6GHz, an Nvidia GTX 780 Ti, 16GB Corsair Vengeance Pro RAM @ 1866MHz, and a Corsair H100i to keep that overclocked processor’s temperatures tame. This bundle will run you $3,489 as configured and will get you a 3 year warranty if you have any problems with your system.

I have to say the performance that this beast packs in such a tight package was impressive. The gaming benchmarks were very pleasing to the eyes because the numbers were so high, and even the majority of the general performance benchmarks were great. 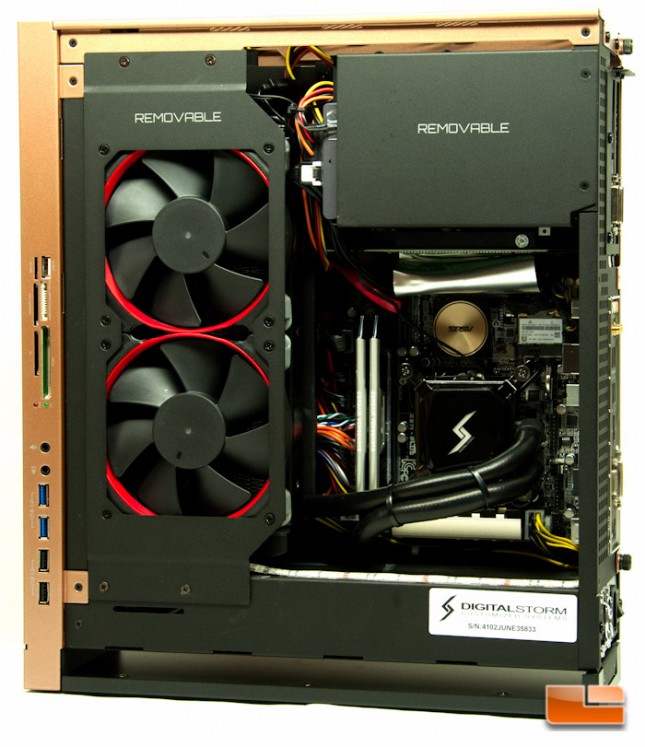 Now we have to take note on the word “majority” from that last sentence. Initially I had major issues running x264 and Handbrake, in that each benchmark would blue screen the system. Prime95 was running fully “stable,” but they system was throttling the CPU just to handle our demand because we were pegging 100*C. Stability testing should have been done by Digital Storm prior to shipment, as our system was requested to be overclocked somewhere in the 4.5 to 4.8GHz range – ours came in at 4.6GHz from the factory. I tried tweaking the overclock and got things to run a bit more stable, but there was just too much voltage being added, thus too much stress on the CPU.

Fortunately Digital Storm’s technical support is there to assist you with correcting this issue, but we still couldn’t find out why video encoding didn’t want to work on this system. We ended up shipping the Bolt II back to Digital Storm for further testing by their technicians, in which they informed us that they swapped out everything inside the chassis, including motherboard, processor, RAM, and water cooler. When we received the system back, everything ran just fine, with exception to Prime95. Prime95 was blue screening the system again, so we chose to run AIDA64’s stress test benchmark in its place, also per Digital Storm’s recommendation. It is a very similar synthetic stress test, so we felt it to be a good recommendation. 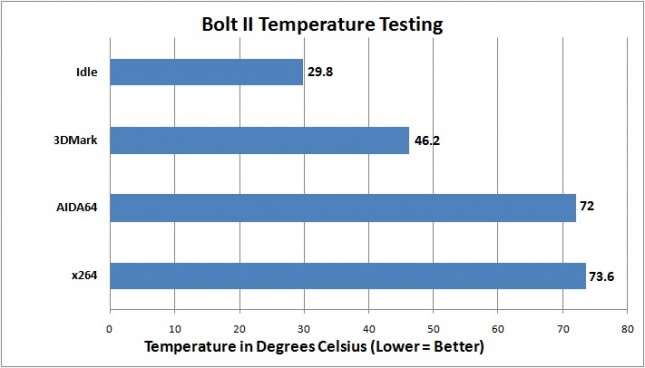 Touching back at the price, I know many of you might say that approx. $3,500 is a lot of coin to drop on one gaming machine, and indeed it is! Let’s take a moment to see how much a system similar to this could cost you to build on your own.

Since the case on the Bolt II is priceless – meaning a unique item to Digital Storm – we’ll toss in $200 to be on the extreme high end. Our own system with the same or similar hardware comes out to a total of $2300.35. This means that the Digital Storm tacks on another $1188.65 for the R&D, labor and warranty.  At the time of writing, Digital Storm was offering a $100 discount and an additional year of warranty at no cost, bringing that total to a $1088.65 difference.  If you’re a very knowledgeable system builder, you will probably end up shying away from this added cost and instead invest into even better hardware yet. On the flip side, for those who may not be very tech savvy and aren’t too concerned on the cost, the overhead may not bother you, especially knowing that you get a full 3 year warranty (or 4 year if under their current promotion) and US based technical support from Digital Storm. Buying the components on your own, they’ll all have varying warranties and you will have to contact each respective company for support.

Do note that Digital Storm only currently charges sales tax for California residents and shipping to Wisconsin was running a minimum of $65 for ground shipping.  Amazon offers free shipping on all items and charges sales tax in many states, so there is a slight variance in cost, but you get the gist with the above details.

So we told you all about the good, the bad, and the ugly with the Bolt II, and fortunately the vast majority is good! We were quite pleased with the performance and build quality of the system, but you’re now left with the decision of purchasing the Bolt II and being worry free about where you’re going to find technical support, or building your own, if you have the knowledge, and saving a good chunk of change.

Legit Bottom Line: While the Bolt II is a very pricey system, it sure looks and performs great and has a fantastic warranty, but we do certainly hope the QA testing on the overclock is more thorough on your system.