Firing up the Bolt II and this is what you’ll see. The LED strip can change to just about any color that you wish, be it green, blue, white, purple, it can do just about all accurately. The Digital Storm Control Center software can also change the color of the LEDs based on temperature, which is a neat feature. 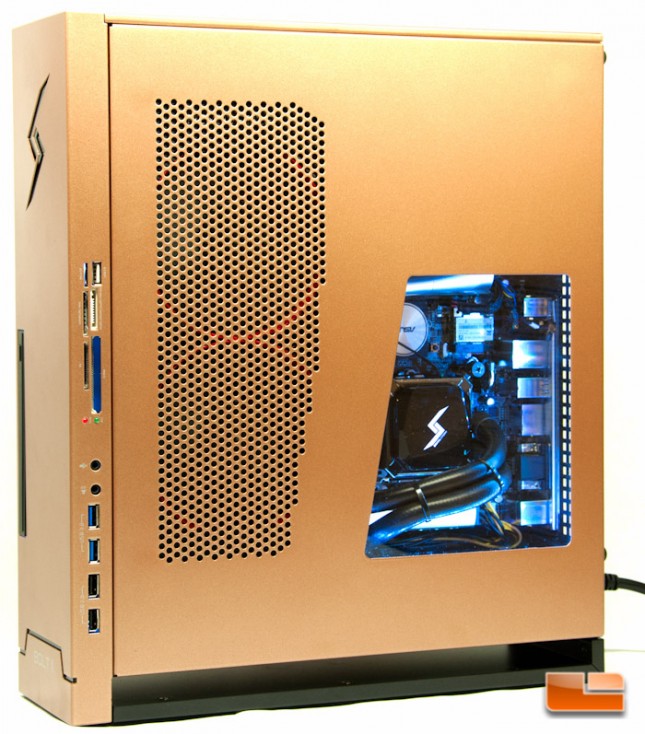 One thing that I would have liked to see in the software utility, is the ability to change the intensity of the LEDs. They’re awfully bright, and if this thing is sitting under your TV as an HTPC, you will get blinded – as I sure did. 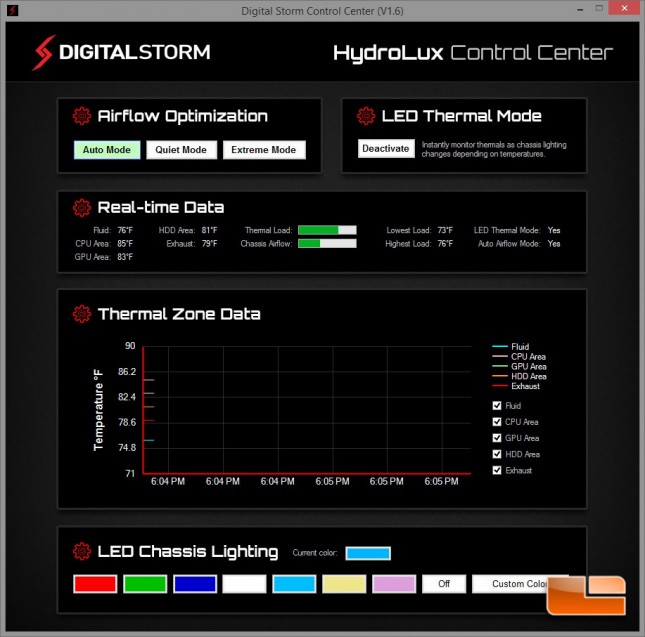 The initial hum from the Bolt II is quite low and not annoying to the ears. Since Digital Storm is hoping that many will hook this machine up to their TV, this is a very good thing. I know we all love playing Battlefield 4 or some other shooter at high volumes, but there are times that you’ll find yourself with the volumes low and you will not want to listen to loud fan noise, which you definitely will hear when gaming at low volumes.

The desktop on our system was extremely clean. The only items on our test system were the Digital Storm Control Center, Steam, and Grid 2. Steam was actually set to run in Big Picture Mode, so you know they’re aiming for the HTPC setup. 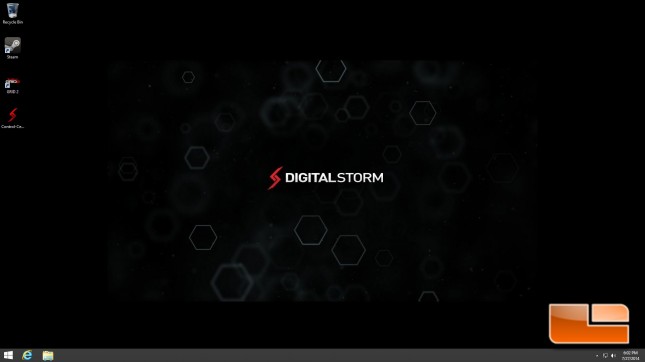 We had 403GB free on the 500GB Samsung 840 EVO drive and the full capacity on the 2TB Western Digital Black drive. You should have plenty of space with this configuration. 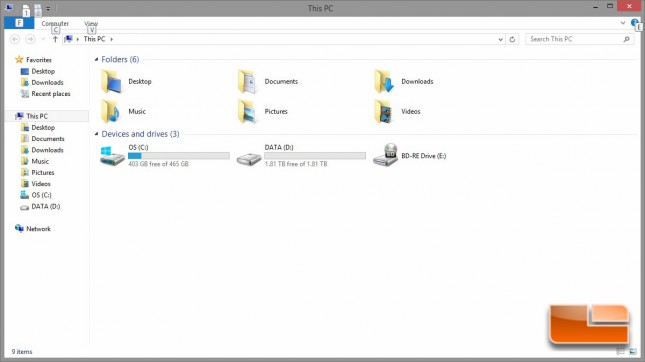 Everything on the system was up-to-date when we received it, but a new Nvidia driver did come out shortly thereafter, so that got updated to the 340.52 WHQL drivers before any testing was performed.