In the temperature testing, we’ll boot up the system, let it sit idle for 15 minutes, and measure for another 15 minutes using Core Temp, and averaging the four cores. Load testing is done using AIDA64 for 15 minutes and averaging all four cores as well, plus we’ll throw in x264 to see what it was seeing for temperatures. Normally we would run Prime95, but Prime95 is extremely stressful on these processors, plus Digital Storm recommended against it and said they personally use AIDA64. Fan settings are on auto in the Digital Storm Control Center.

Ambient room temperature was 74*F at time of testing. 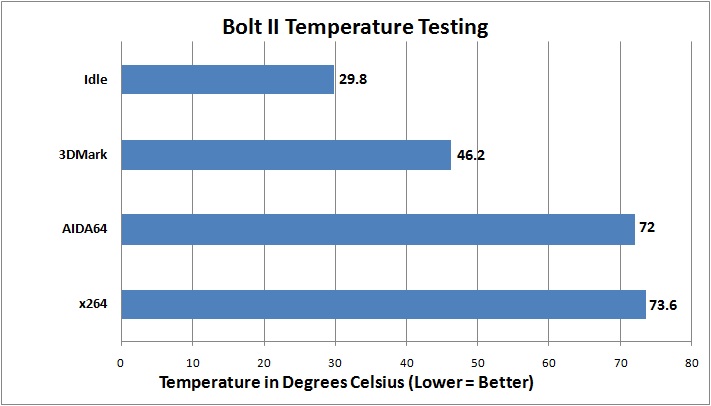 It’s not really surprising that we got great numbers on the idle temperature with the Corsair H100i in place. The load temperatures are not much of a surprise on x264 either, considering we’re overclocked to 4.6GHz with a 1.270 v-core. Corsair’s H100i has a great reputation amongst enthusiasts, so Digital Storm made a great choice using it in this system.

Along the lines of temperature you will find a problem regarding the probes that are on placed throughout the system and fan speed.  The probes can only measure the temperature of what they’re placed next to and the results aren’t always very accurate.  You will see in the below screenshot that the CPU temperature that the Digital Storm Control Center is reading is only 115*F – or approx. 46*C – and Core Temp is reading each core at 70*C or higher. (Hint:  Click the image for the fully readable size) 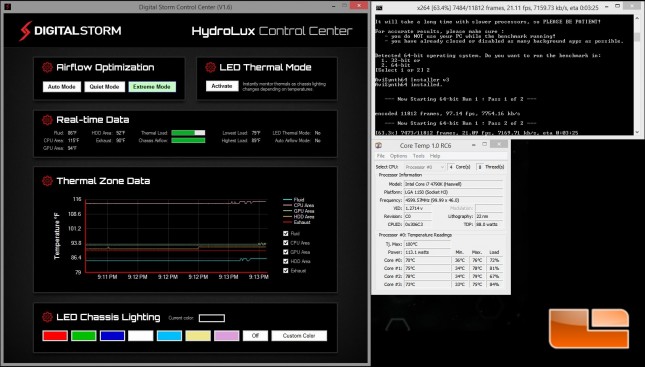 Measuring at the wall with a Kill-a-Watt meter, we measured both idle and load numbers again. 3DMark numbers will be pulled from the Firestrike test. 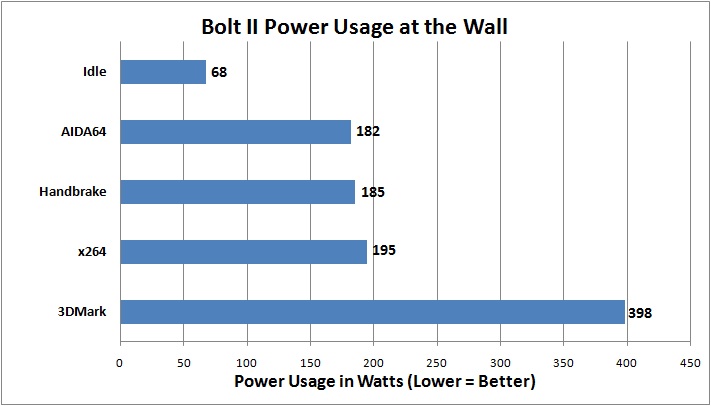 The results for idle were pretty good, considering the discrete video card and the 4790k in this system. 3DMark load numbers showed that we’re pretty hitting pretty high numbers for our PSU, at 406 watts, but the 500w PSU still does have a good amount of headroom before it becomes a limiting factor in our system. 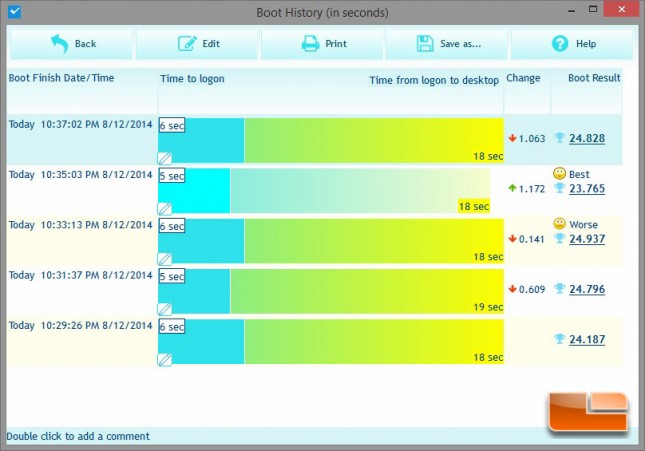 To measure boot times, we used BootRacer 4.6 to find out how quick it brings up the OS and then how quick everything is loaded. We were happy to see the system booted up to Windows 8.1in 5-6 seconds and was fully loaded at an average of 24.5 seconds in! It’s always incredible to have a system ready to use so quickly.