Over the years many people have asked for AIDA64 linear write tests to be done, so we fired that utility up to see what would happen to these SATA SSDs. 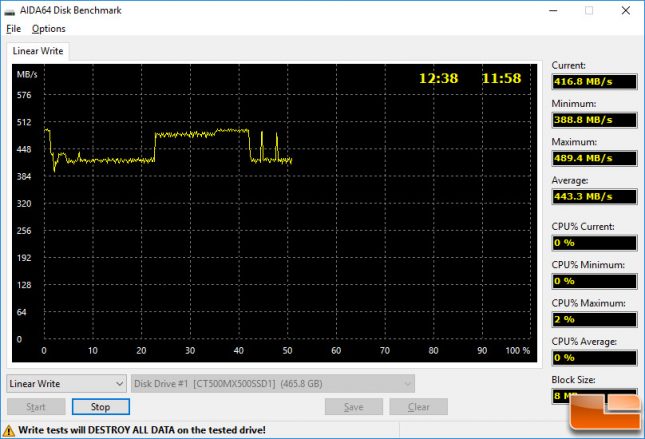 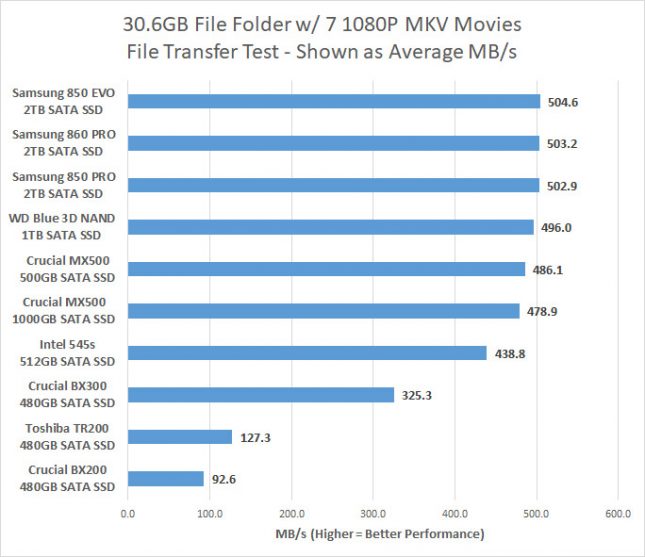 When it comes to writing large amounts of real world data to the Crucial MX500 drive we found an average speed of 486 MB/s on the 500GB drive and 479 MB/s on the 1TB model. These numbers are better than the AIDA64 linear write test averages, so we are happy with that. Crucial clearly still has room for improvement in heavy workloads like this, but it’s significantly better than their value oriented BX300 series.