The readout on CrystalDiskInfo 7.5.1 shows that the Crucial MX500 series supports S.M.A.R.T., APM, NCQ, TRIM and DevSleep. The drive we received had firmware version M3CR010 installed and that is the version that we used for general testing and benchmarking. 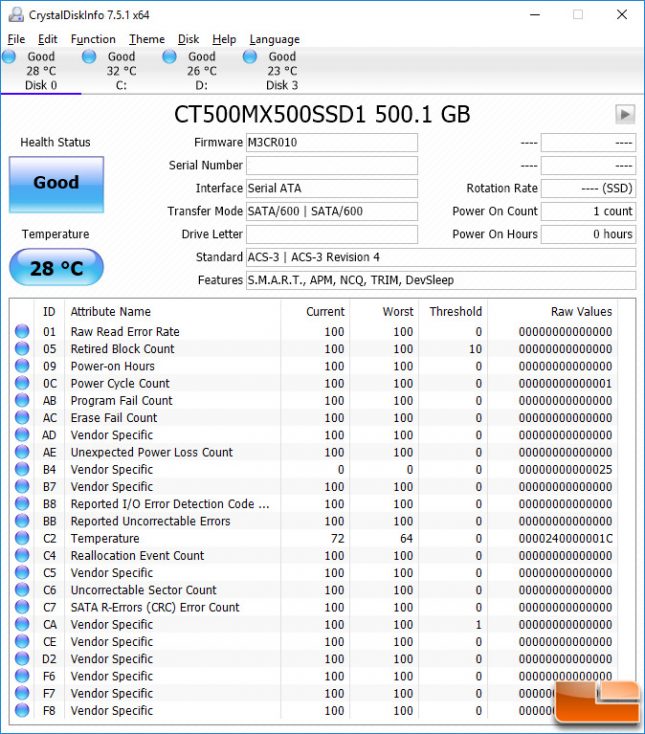 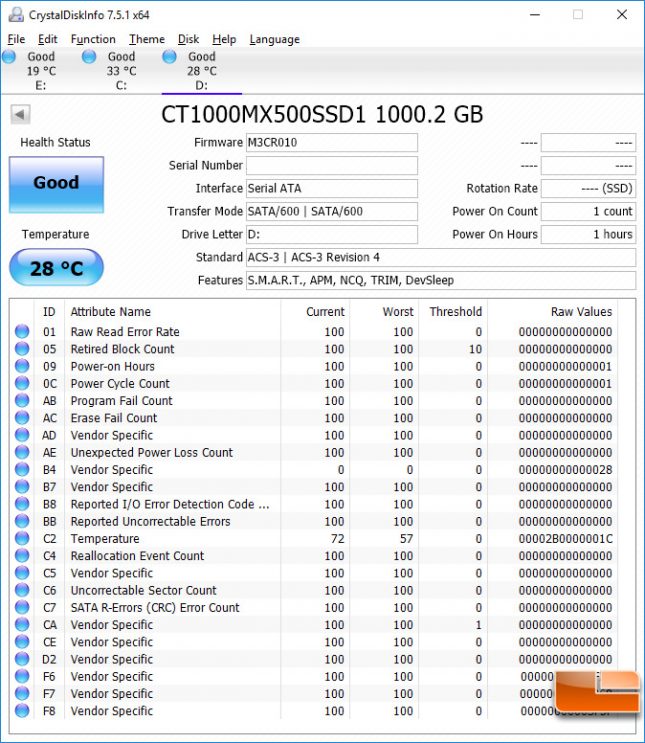 The overall capacity shows up as 931 TB on the MX500 1TB model and 466GB on the MX500 500GB drive in Windows 10 version 1709. Please remember that 1GB = 1,000,000,000 bytes. A certain portion of capacity may be used for system file and maintenance use, thus the actual available capacity may differ from the labeled total capacity. 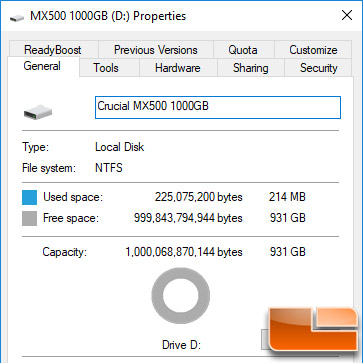 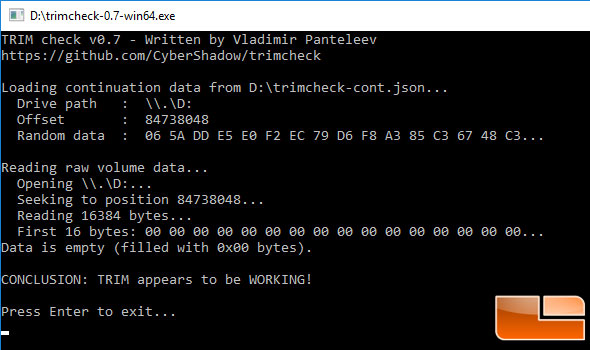 According to TRIMCheck v0.7, these two drives do execute the TRIM command correctly!