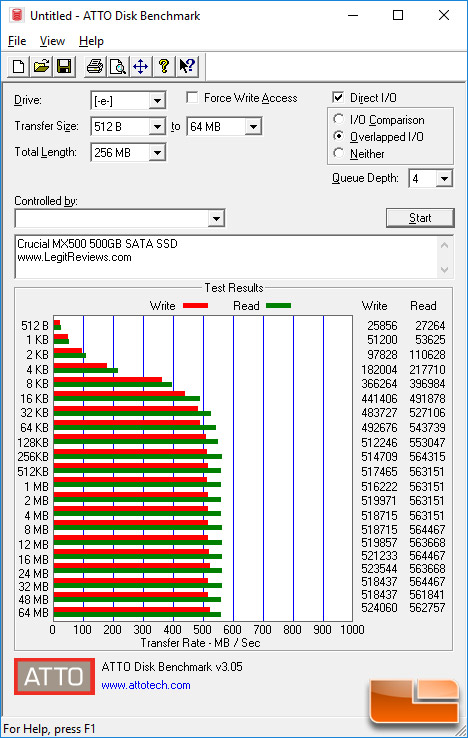 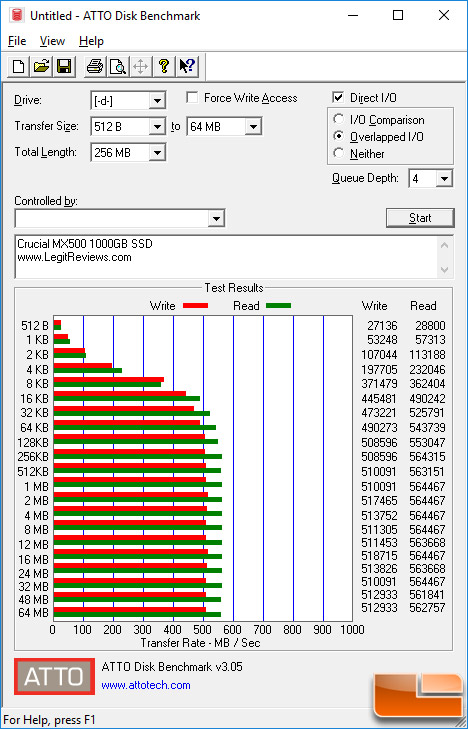 Benchmark Results: ATTO showed both Crucial MX drives reaching speeds of up to 564 MB/s read and 524 MB/s write on the 500GB drive and 519 MB/s on the 1TB drive in the standard overlapped I/O benchmark. This drive is rated at up to 560 MB/s max sequential read and 510 MB/s max sequential write, so we exceeded both of those scores on our Intel Z370 based test platform. 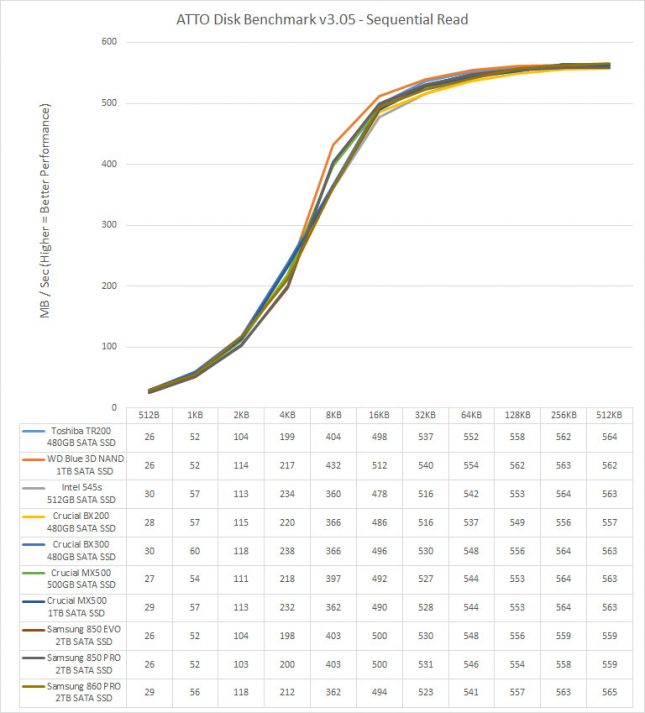 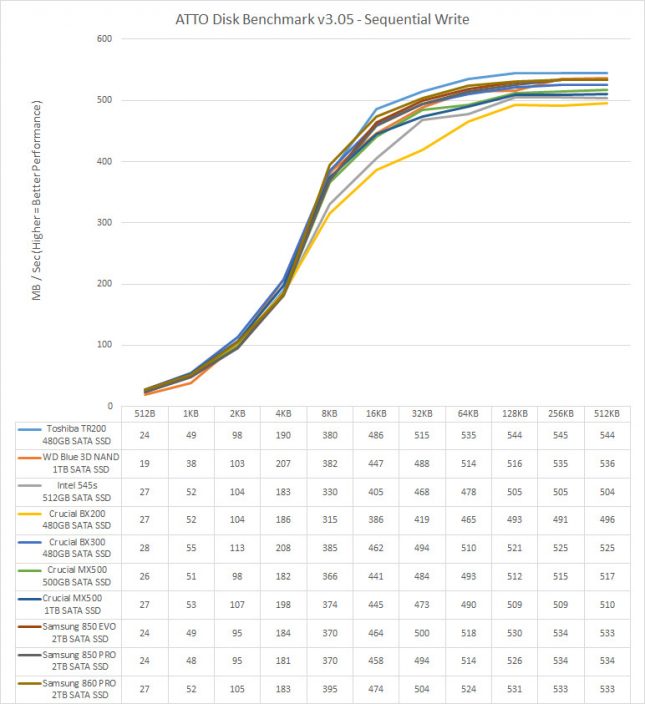 Benchmark Results: Compared to some other SATA III SSDs we can quickly see that there isn’t much difference with regards to sequential read performance. The Crucial MX500 drives has solid performance compared to the other brands and series. 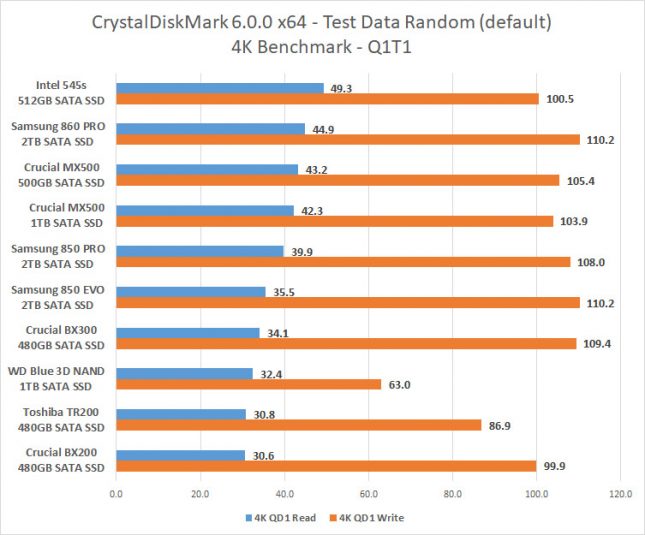 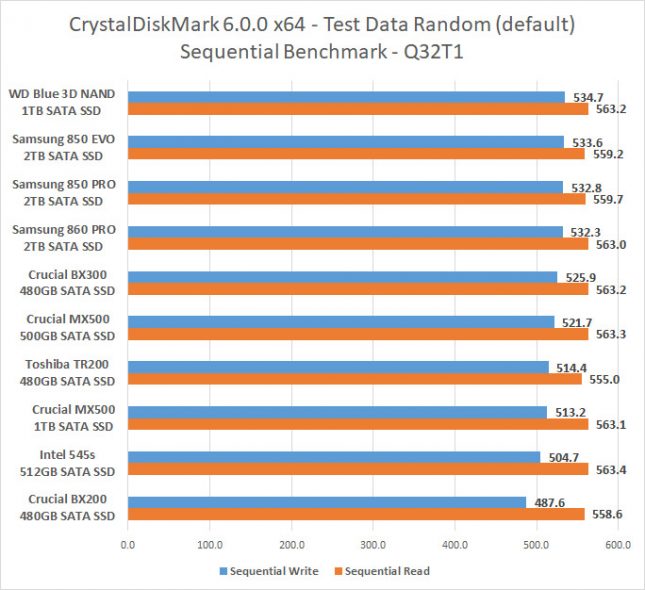