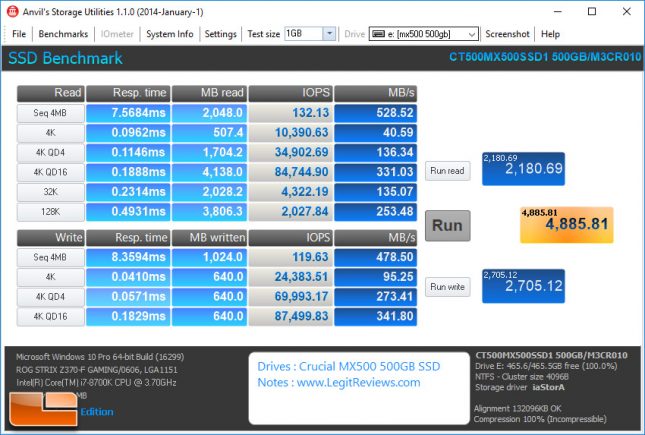 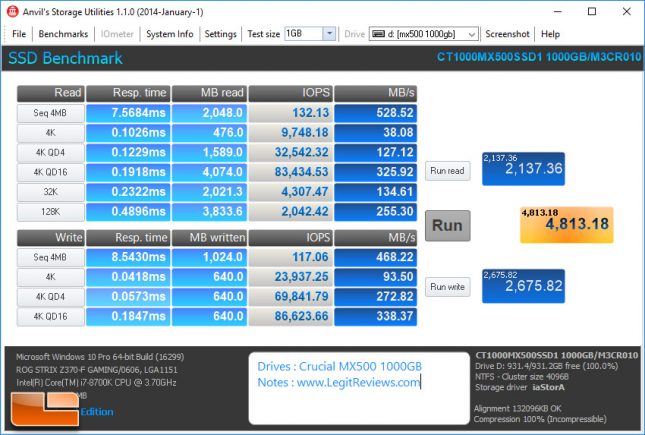 Benchmark Results: The Anvil SSD Benchmark showed that with 100% compression (incompressible data) the Crucial MX500 500GB drive was able to achieve a score of 4,886 points and the 1TB drive came in slightly behind that with 4,813 points. Basically the same performance and that is what we expected from the same drive series. 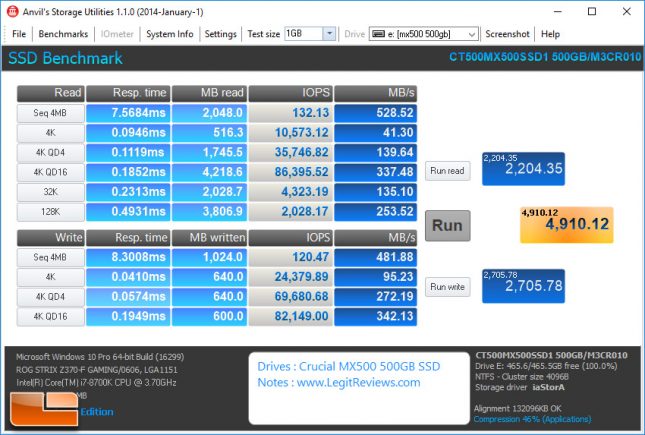 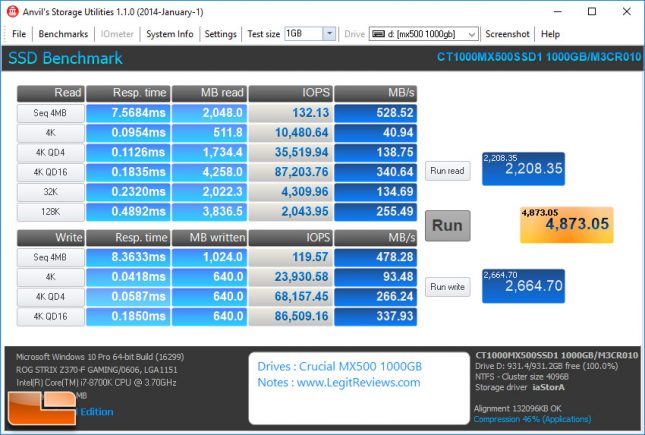 Benchmark Results: With the compression at 46% to help mimic real world applications better we found the overall score improved to roughly 4,900 points. 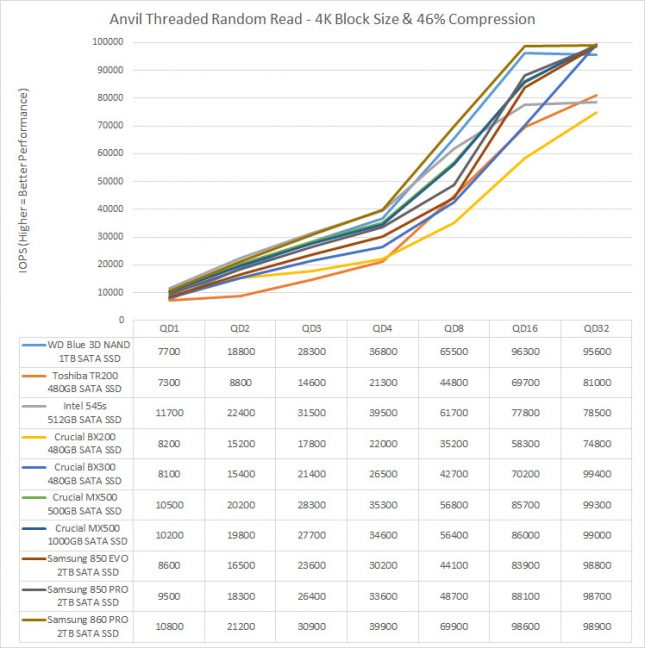 Benchmark Results: We used Anvil to check the 4K Random Read performance and found we topped out at around 99,000 IOPS using the 46% compression preset that best matches typical applications. Crucial specifications show this drive as having a maximum 4K Random Read IOPS of up to 95K at QD32, so we are right where we should be in terms of performance. Low queue depth performance was exception with the second highest QD1 speeds we’ve seen from any SATA drive series. 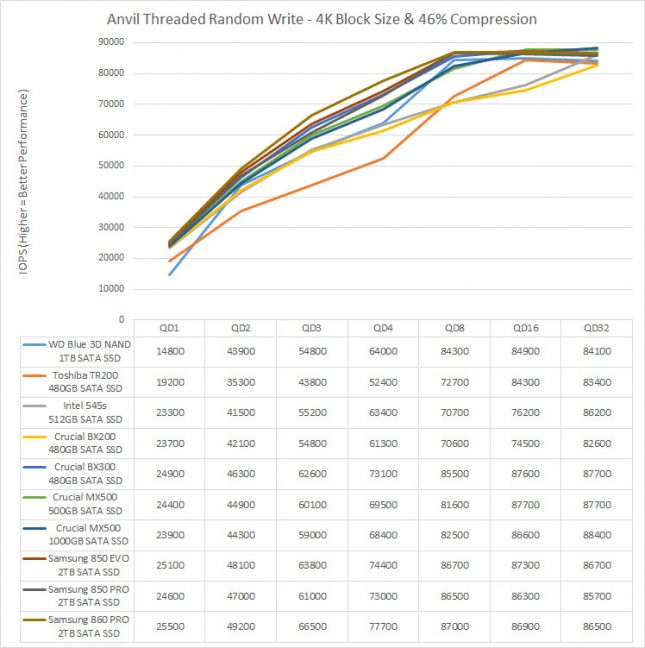 Benchmark Results: When it came to 4K Random Write performance, the Crucial MX500 drives topped out at around 88,000 IOPS at QD32 and that is close enough for us to the drives 90K rating. The QD1 thru QD3 4K Random Write Performance was on par with other big name drives although the QD4 performance did take a little performance hit.