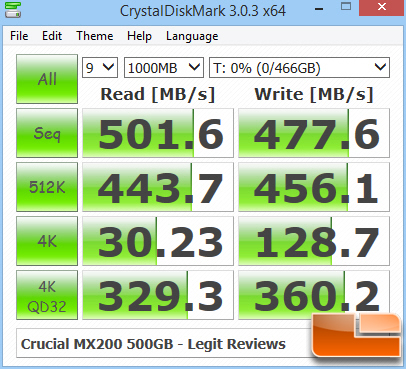 Benchmark Results: Curiously, the BX100 drive has a little bit better showing than the two MX200 drives here and all fare better than the older MX100 drives – especially in the 4k writes where there’s a significant improvement. This is an important performance increase as a lot of computing happens with small file sizes. 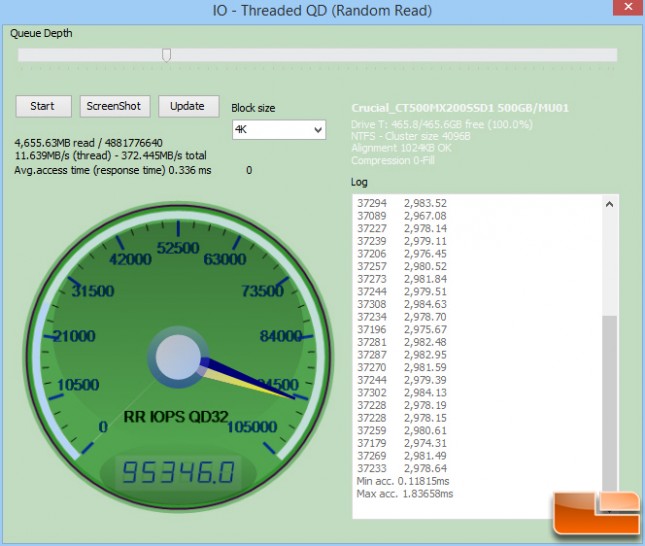 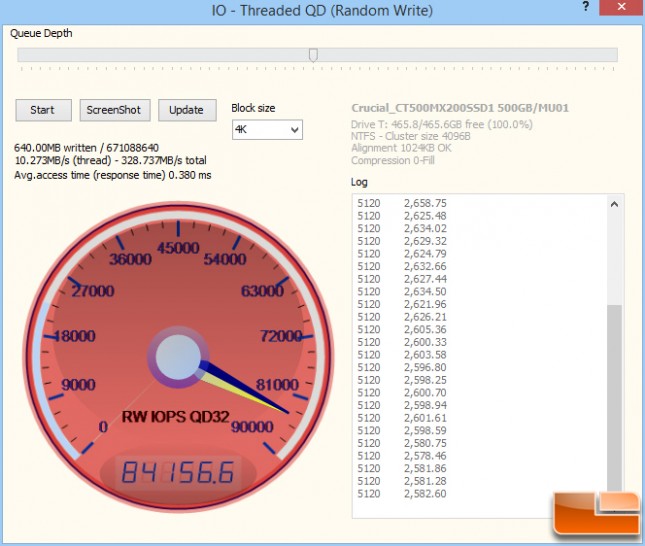 Benchmark Results: The MX200 IOPS scores are excellent with the reads and writes being nearly identical for the 500GB and 1TB drives and the BX100, while not quite as strong, is still pretty solid and above where we see many budget drives. 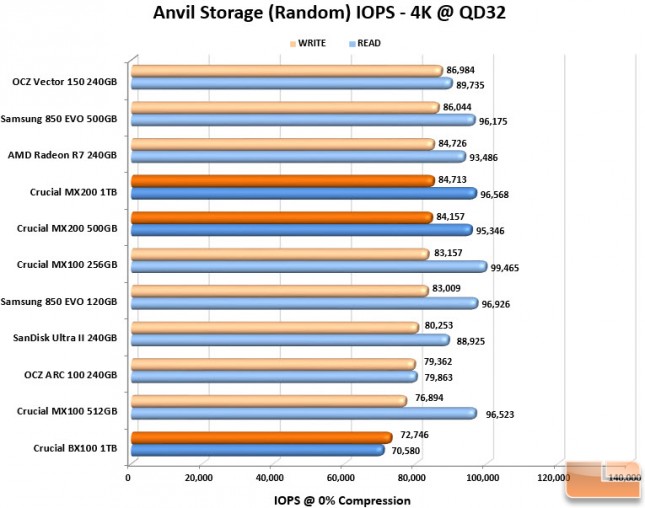