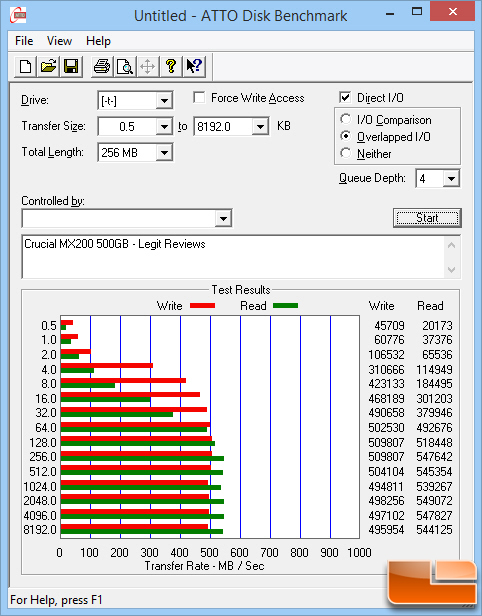 Benchmark Results: The performance between all three Crucial drives is similar with the BX100 trailing a bit in the writes which is expected based on the specifications but overall pretty strong. Pretty much on par with the older MX100 drives as well. 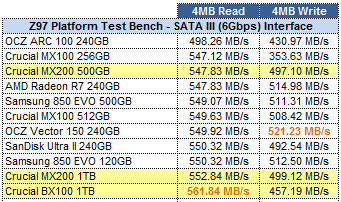 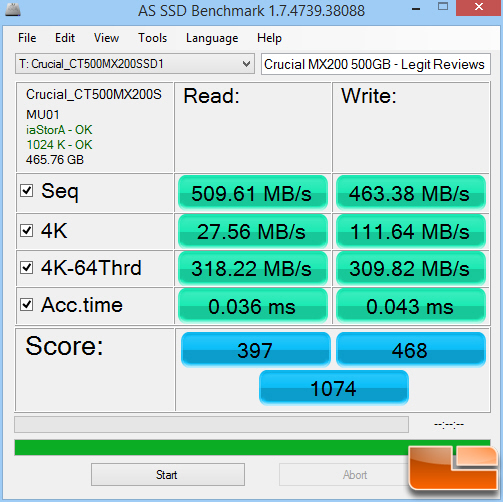 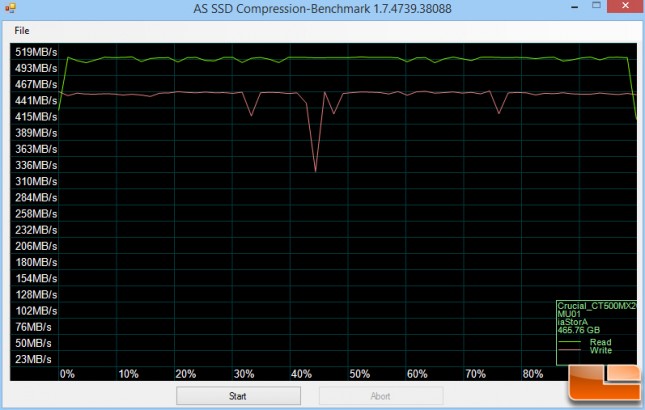 Benchmark Results: All three drives show that data compression doesn’t play a factor in performance as the compression benchmark graph shows no slope.