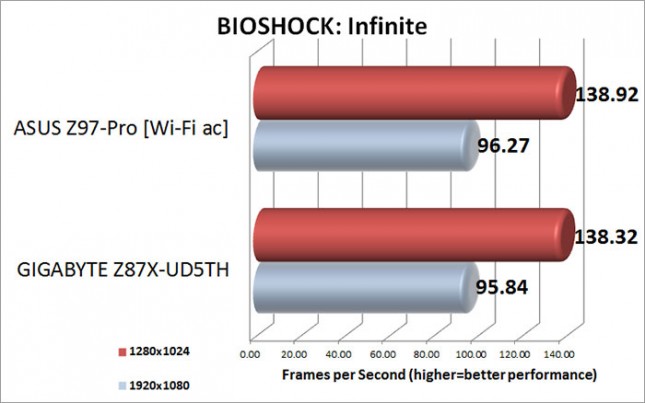 Benchmark Results: The ASUS Z97-Pro [Wi-Fi ac] was able to take a slight edge in BIOSHOCK Infinite, though it’s certainly not a difference that we will see while playing BIOSHOCK.