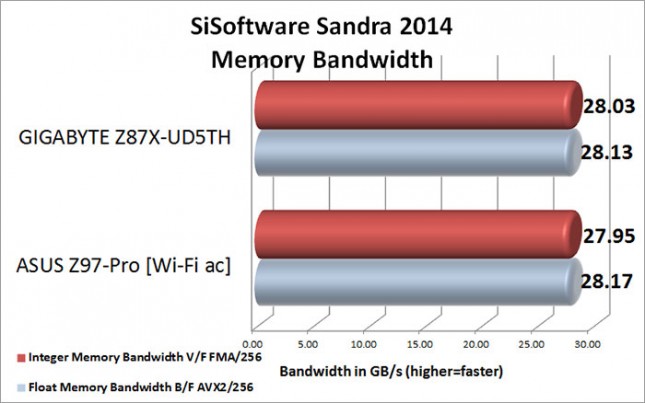 Benchmark Results: The GIGABYTE Z87X-UD5 TH and the ASUS Z97-Pro [Wi-Fi ac] are pretty much in a dead heat in SiSoftware Sandra 2014. In both the Integer Memory Bandwidth and the Float Memory bandwidth tests there is less than .1GB/s separating the two boards.