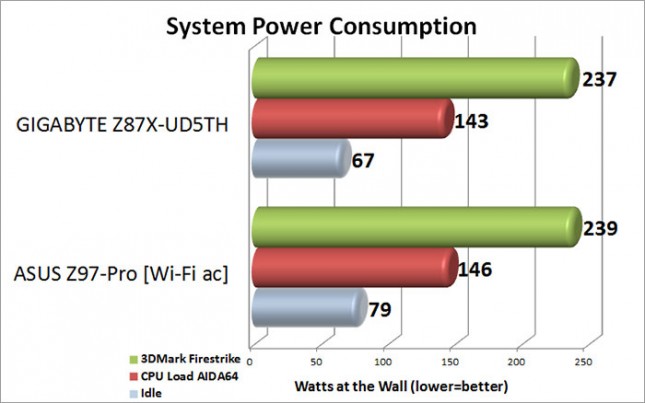 We wanted to test the Wi-Fi GO! wireless adapter in a real world application so we connected the antenna’s. installed it inside running Windows 8.1 64-bit and configured it using “Automatic” settings for both 2.4Ghz and 5Ghz bands. To test the wireless performance we used our custom water cooled Mini-ITX PC that was directly connected to the ASUS RT-AC66U Dual-Band Wireless-AC1750 Gigabit 802.11ac Router. 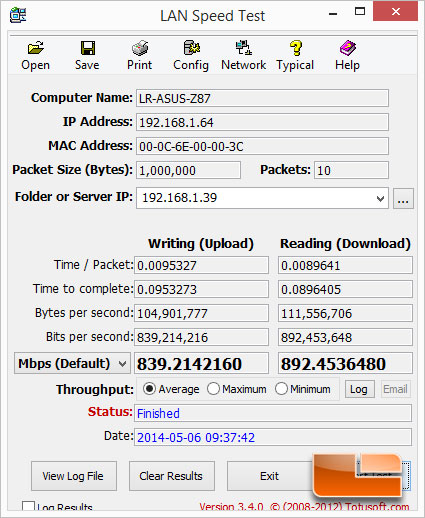 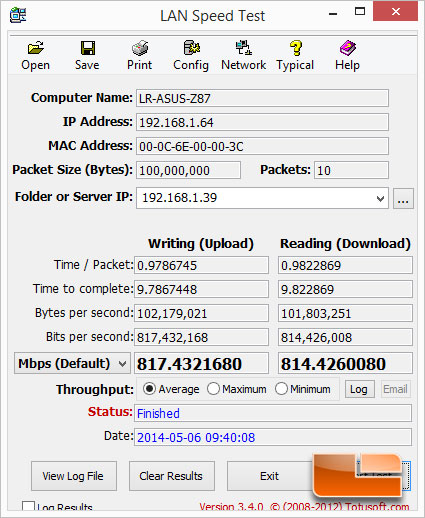 Increasing the packet size to 100MB we lost a little bit of performance from the 1MB tests. The write speed dropped to 817.4Mbps and the read dropped to 814.4Mbps. 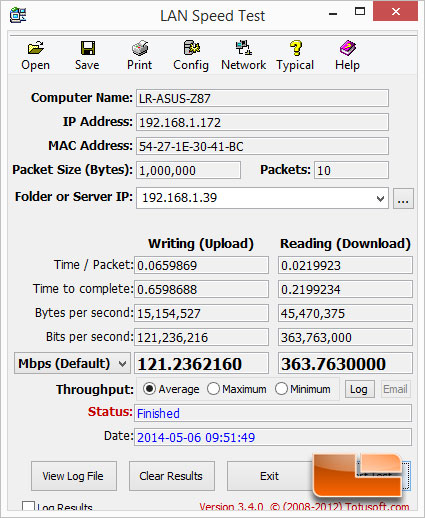 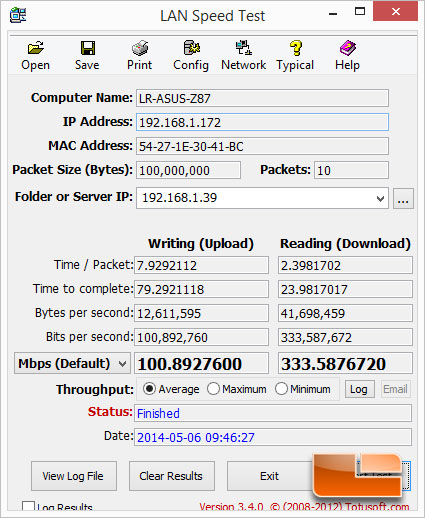 Increasing the packet size to 100Mb the performance dropped a hair, the write speed came down to 100.9Mbps and the Read speed dropped to 333.6Mbps.