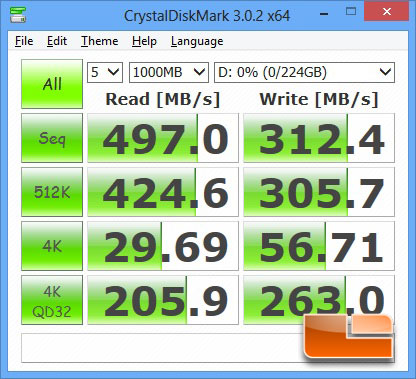 Benchmark Results: The ASUS Z97-Pro [Wi-Fi ac] was able to hit a sequential read of 533.8MB/s and a sequential write of 453.9MB/s. Both of the scores were faster than the GIGABYTE Z87X-UD5TH.

Edit: I received a handful of requests to test the performance of the ASMedia ASM1061 SATA III controller as well as the SATA Express Ports. The ASMedia SATA III ports were considerably slower than the Intel Z97 chipset SATA III ports, a hair more that 140MB/s slower sequential read and nearly 90MB/s slower on the sequential write. I also tested the SATA Express ports when used as a traditional SATA port rather than SATA Express since those devices aren’t to common just yet. I wasn’t surprised that the performance was spot on with the ‘other’ SATA III ports since those run over the same PCH lanes. 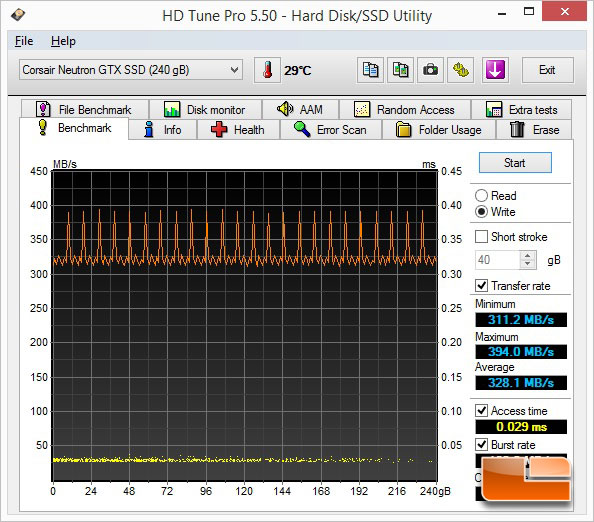 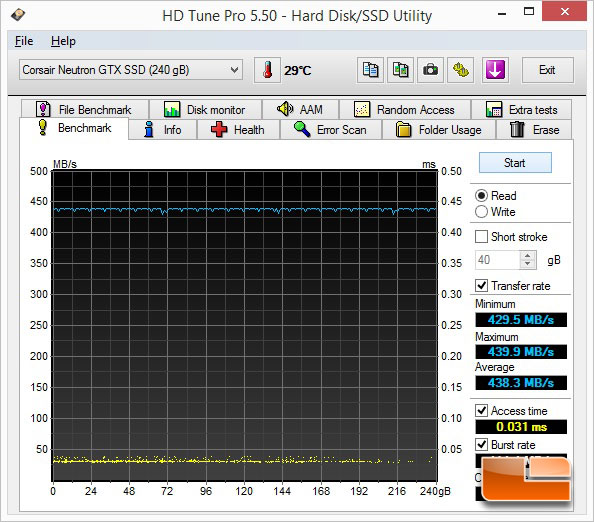 Edit: Once again we take a look at the ASMedia ASM1061 SATA III 6Gbps ports and they were quite a bit slower in HD Tune, much like we saw in CrystalDiskMark, nearly 150MB/s down on the Average Read and 51MB/s down on the average write. The SATA Express ports were right up there with the SATA III ports hitting an average read of 428.2MB/s and an average write of 327.2MB/s