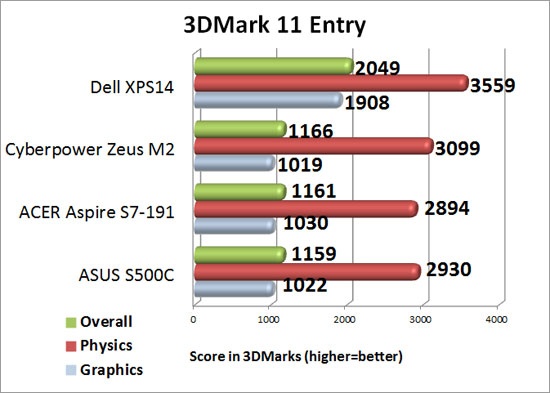 We aren’t surprised that the ASUS Vivobook S500CA is right on track with the ACER and Cyberpower Ultrabooks. All three are pretty comparable when it comes to the specifications. 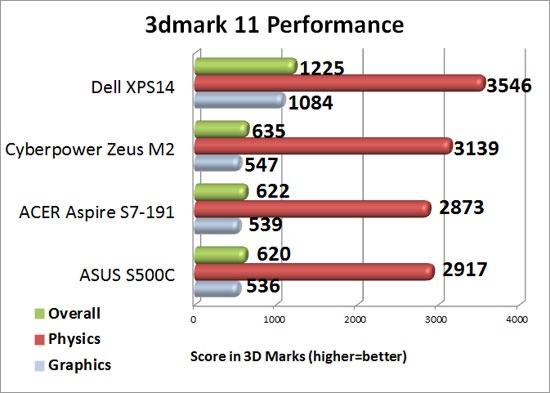 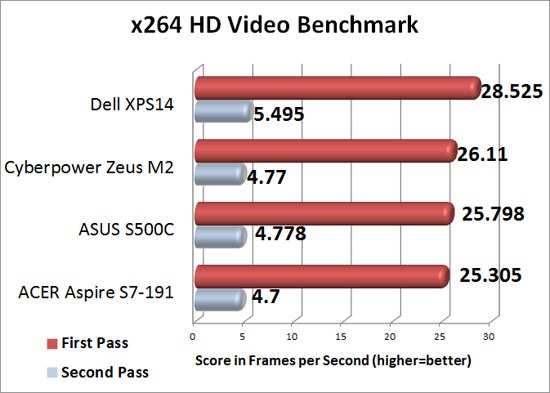 With the specifications between three of our systems so close the results are pretty interchangeable between them. The ASUS Vivobook S500CA and the Cyberpower Zeus are right on top of each other in the x264 HD Video encoding benchmark. We can see a small difference on the first pass, likely due to the difference in memory performance that we saw above, along with the amount of system memory making a difference. The Dell XPS14 was able to pull away in this benchmark thanks in part to taking advantage of the Intel Core i7-3517U. 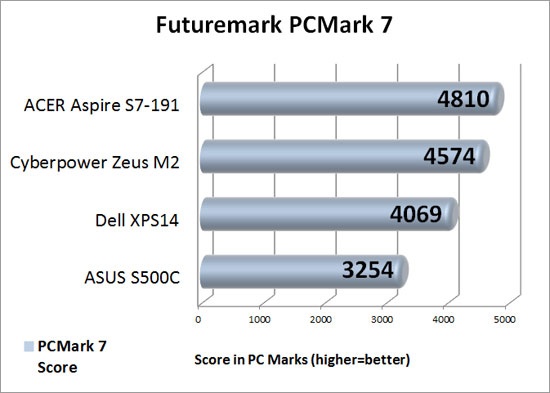 The ASUS Vivobook S500CA lasted 2 hours and 21 minutes in Futuremark Powermark. Considering the load that is place on the system during this benchmark, this is a solid performance.